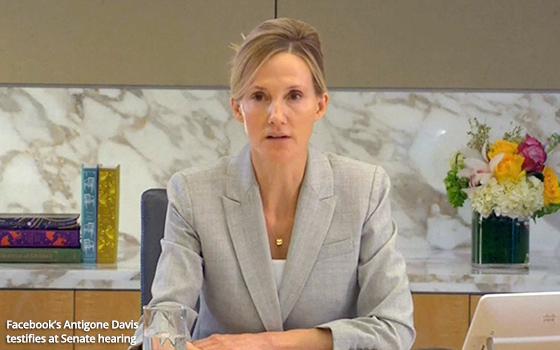 Yesterday, Sept. 30, saw a grilling of Facebook’s global head of safety, Antigone Davis, by the Commerce Committee’s consumer-protection subcommittee. This latest round of hearings came after a Wall Street Journal series this summer called  “The Facebook Files," based on documents turned over to the Journal by a Facebook whistleblower.

The Wall Street Journal is owned by Rupert Murdoch’s News Corp., and Murdoch is known to have a personal dislike of social media, digital media and Facebook in particular. He said earlier this year: “For those of us in media, there’s a real challenge to confront a wave of censorship that seeks to silence conversations, to stifle debate and ultimately stop individuals and societies from realizing their potential. This rigidly enforced conformity, aided and abetted by so-called social media, is a straitjacket on sensibilities.”

What he really wants is to get paid by social media companies for the content of all his media. So Rupert has an agenda. But that does not diminish the seriousness of the allegations as reported by the Journal, and the journalistic integrity that went into the reporting.

The series referenced a lot of internal Facebook data showcasing the destructive power of its media empire on young girls, Rohingya Muslims, vaccine truths, politics -- and pretty much anything else you can think of.

It was Facebook’s plan to create a Facebook/Instagram hybrid for kids under 13 (but above 10), in combination with the Journal reporting, that got them called up to Capitol Hill this time.

How did it go? Badly. Sen. Ed Markey (D., Mass.), who was instrumental to getting the Children’s Online Privacy Protection Act passed in 1998, stated that “Instagram is that first childhood cigarette meant to get teens hooked early.” And  Sen. Marsha Blackburn (R., Tenn.) said “They are actually devising marketing plans to help kids and teens—get this—create secondary or anonymous accounts that they can hide from their parents.” Sen. Richard Blumenthal (D., Conn.) said: “This research is a bombshell. It is powerful, gripping, riveting evidence that Facebook knows of the harmful effects of its site on children, and that it has concealed those facts and findings.”

Meanwhile, in advertising land, we merrily continue to invest our ad dollars into the walled garden of terror that is Facebook World. Are we doing nothing? Mostly, although last week, the Association of National Advertisers and the Global Alliance for Responsible Media (GARM) announced they are expanding their efforts to combat hate speech to small and medium businesses with an initiative called #EngageResponsibly. GARM has, as part of its member base, companies such as TikTok, Google and, yes, Facebook.

For all advertisers: Money talks. Let it speak, maybe?