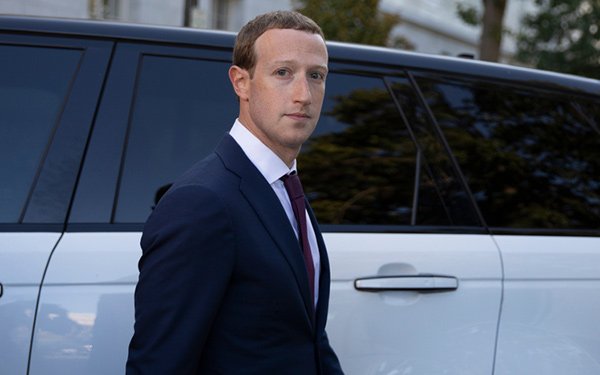 District of Columbia Attorney General Karl Racine has added Facebook CEO Mark Zuckerberg as a defendant in a complaint over Cambridge Analytica’s misuse of user data that was originally filed in 2018.

This marks the first time that a U.S. regulator has named Zuckerberg in a complaint, according to Racine’s office.

The complaint alleges that Facebook violated the District’s Consumer Protection Procedures Act by allowing platform users to download a so-called “personality quiz” app that allowed improper collection of private information from millions of users without their awareness or permission.

The app developer sold the data to Cambridge Analytica, which used it to help target users based on personality traits, leading up to the 2016 U.S. presidential campaign.

D.C.'s consumer protection law makes individuals liable if they were aware that violations were occurring. The penalties for violating the law could include paying civil penalties, damages to victims, and legal fees.

Evidence collected since the original suit was filed shows that Zuckerberg “knowingly and actively participated in each decision that led to Cambridge Analytica’s mass collection of Facebook user data, and Facebook’s misrepresentations to users about how secure their data was,” Racine alleged in the announcement about adding the CEO to the lawsuit.

In response, Facebook spokesperson Andy Stone issued a statement calling the allegations “as meritless today as they were more than three years ago, when the District filed its complaint.”

Some question the validity of the lawsuit, given that in 2014, in its data use policy at the time, Facebook told users that their data could be shared with third parties.

The Cambridge Analytica scandal broke in March 2018, when the New York Times reported that personal data from about 50 million Facebook users’ profiles had been used improperly.

The following month, Facebook revealed that 87 million users had actually been affected, and announced changes to its privacy policies, including restricting access to apps by third parties.

The conservative Mercer family, major Trump supporters, had a significant financial stake in Cambridge Analytica, and Trump’s then campaign manager, Steve Bannon, helped found the firm and was its vice president.