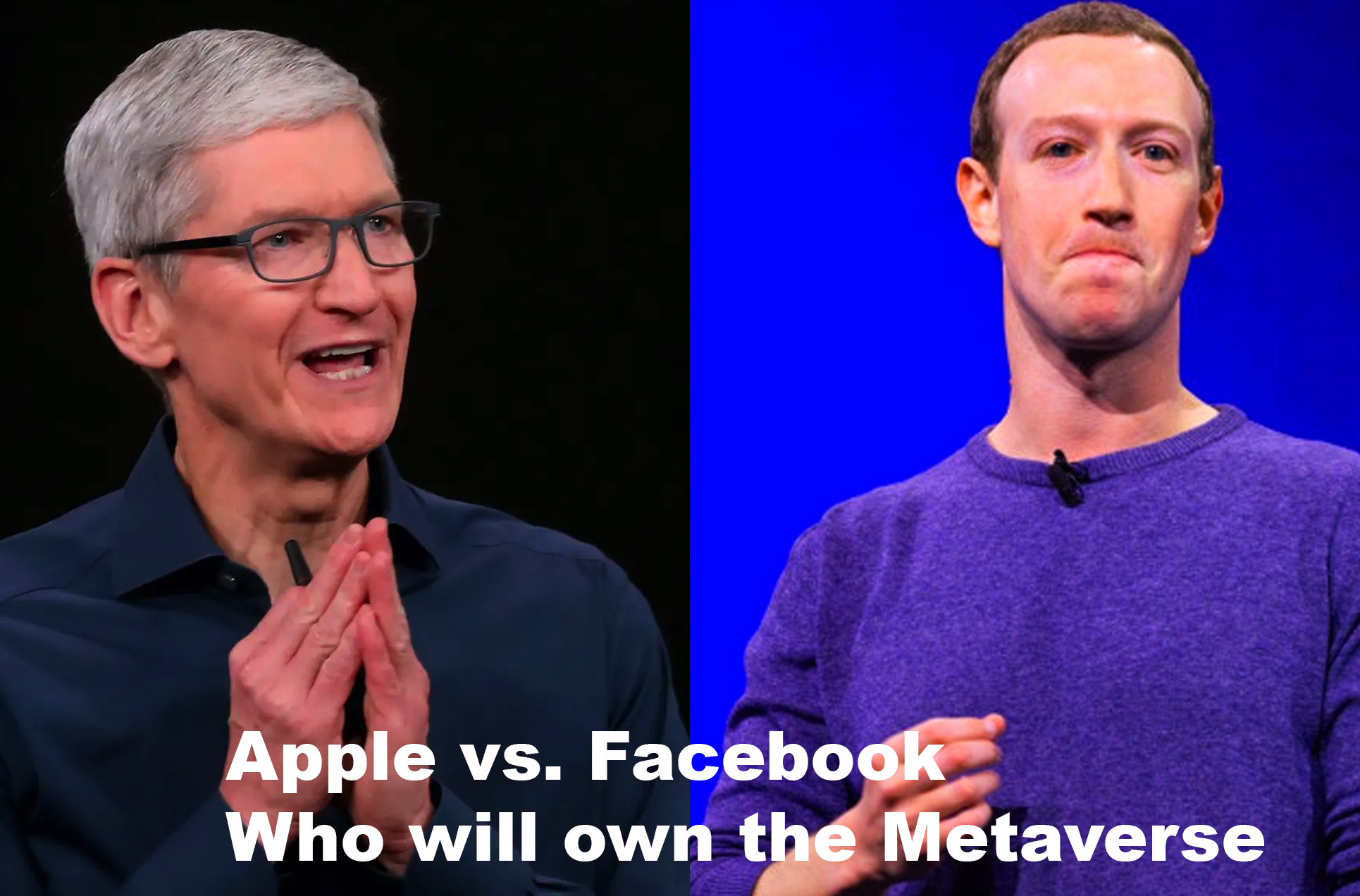 There's a battle brewing, a war of the titans: Apple vs. Facebook. The name change to Meta makes that totally clear. Facebook would have you believe it's the only company looking toward the future and seeing humans interacting in a virtual world. But Apple has been aiming in that direction, too, building the hardware and the software tools to be a metaverse that isn't economically tied to advertising.

It's free vs. subscription, and it's game on.

"I wanted to discuss this now so that you can see the future that we're working toward and how our major initiatives across the company are going to map to that," Zuckerberg told analysts after Facebook's second quarter earnings report. "What is the Metaverse? It's a virtual environment where you can be present with people in digital spaces. You can kind of think of this as an embodied internet that you're inside of rather than just looking at."

Zuckerberg may believe he's winning the race to the future, but at $199, the Oculus Quest is a costly toll booth that could keep users from crossing over to the Metaverse. That, plus wearing headgear that keeps you shut off from your world.

Meanwhile, Apple has continued its stealthy drive to build a pair of AR glasses that could bring users into the Metaverse in a less obstructive way. Apple Insider reports that Apple glasses could use micro projectors to project images straight onto the wearer's eyes: "'Direct retinal projector' is a newly granted patent that claims this projecting right into the eyes could be best for AR. Specifically, it could prevent certain ways that watching AR or VR on a headset can cause headaches and sickness."

There's only one problem with Apple's emerging metaverse strategy: It will need software. "In a world filled with creators, inventors, and innovators, the metaverse simply can't exist as a walled garden, and the notion that any single company can chase that vision is one filled with hubris," noted Unity  CEO John Riccitiello in a post cited by MarketWatch. "For me, the only Metaverse of consequence is one that includes everybody who wants to participate. A decentralized approach to the internet is what created the digital world that we're flourishing in today. You can't put it back into a box now."

"The Roblox iOS app is entirely populated with non-Apple approved user-created games. It also streams/downloads (non-Apple reviewed) code on demand. This seems to be against a number of App Store policies. Maybe Apple is OK with all of this when they get their 30% cut as they do with Roblox because it uses Apple's in-app purchases?" wrote Hacker News.

Apple and Facebook have been trading barbs for a while now. "Apple may say that they're doing this to help people, but the moves clearly track their competitive interests," said Zuckerberg last January. Apple CEO Tim Cook responded, saying the company believes "users should have the choice over the data that is being collected about them and how it's used."

So we have two big players, each staking out a position in the Metaverse and each with significant obstacles to a winning strategy.

Facebook is a platform full of misinformation, spammers, and fake news. Bringing that to the Metaverse can't be good for the future of the web.

But Apple's problems are just as severe. Creators who currently make programs for the Apple TV+ platform describe Apple as being difficult to work with, "citing a lack of transparency, lack of clarity and intrusive executives," according to the New York Post.

So which Metaverse do you want -- Zuckerberg's raw, nasty network of spammers, or Cook's institutional nice-land? Neither seems immediately ideal.