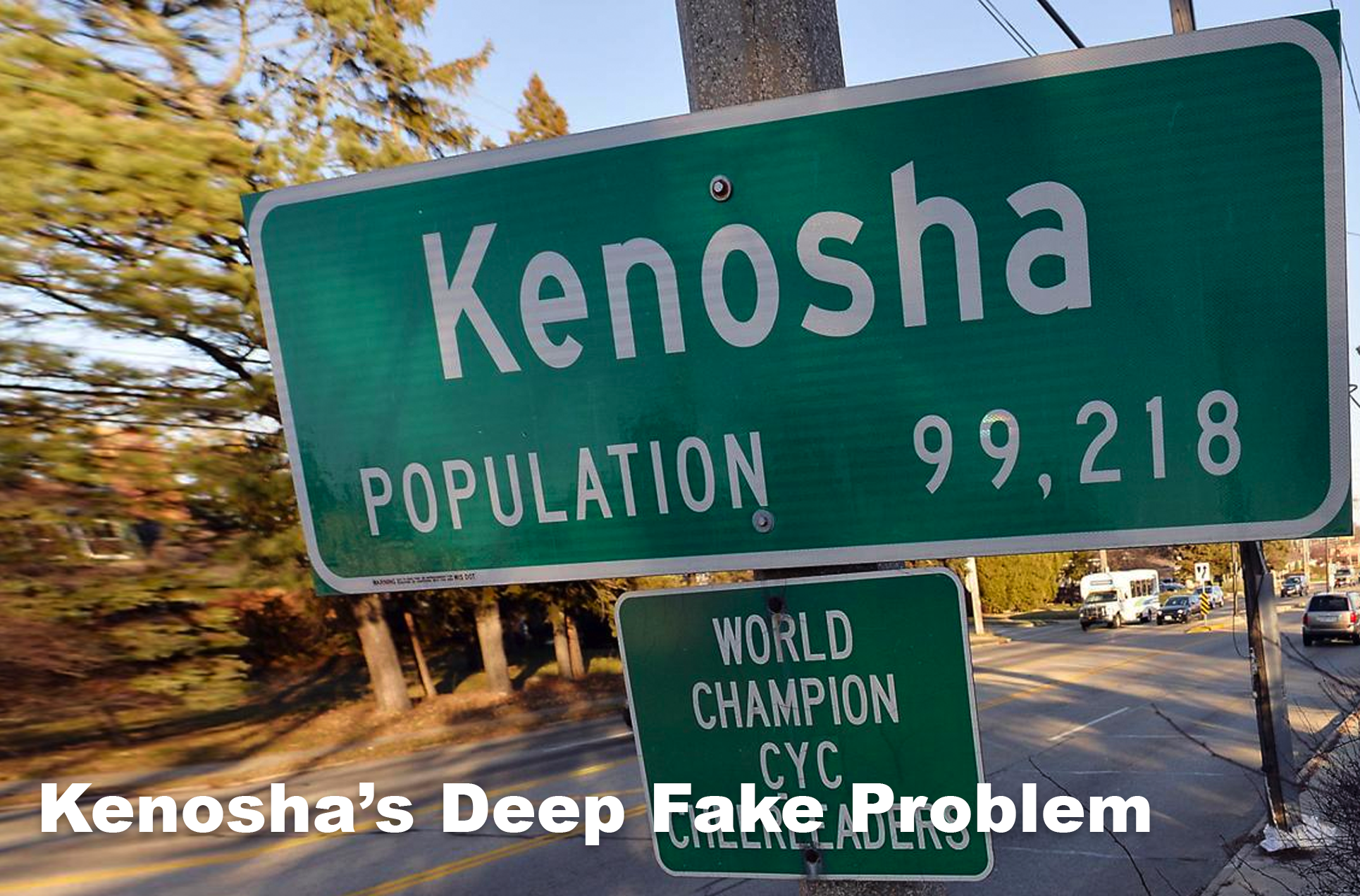 Kenosha, Wisconsin is a city on Lake Michigan. The waterfront Kenosha Public Museum has mammoth skeletons and a model Native American village. Nearby, the Civil War Museum explores the war's impact on the region. The Dinosaur Discovery Museum has a collection of dinosaur fossils.

I've never been to Kenosha, Wisconsin.

But in August of 2020, as a summer of protests arose in the wake of the killing of George Floyd, Kenosha became the center of civil unrest.

On Facebook, a page run by the "Kenosha Guard" for people to "take up arms" and help defend the city from "thugs" drew the attention of 17-year-old Kyle Rittenhouse of Antioch, 15 miles southwest of Kenosha. Rittenhouse was too young to buy a gun, but  he "got my $1,200 from the coronavirus Illinois unemployment, because I was on furlough from YMCA, and I got my first unemployment check, so I was like, 'Oh I'll use this to buy it,'" as he told the New York Post. He gave the money to a friend to buy the AR-15.

On Aug. 25, Rittenhouse took his AR-15 and headed out to the protests to “provide medical aid.”

As with all trials, there are two sides of the story -- and attorneys on each side using the information at their disposal to tell a particular point of view. The “truth” lies somewhere in between the allegations and the defense. We count on a jury to separate fact from fiction and come to a just conclusion.

But in Kenosha, there's more on trial than the actions of  Kyle Rittenhouse. The facts themselves may be under fire, as we learned on Nov. 9.

That's when one of Kyle Rittenhouse's lawyers, Mark Richards, objected when the prosecution attempted to use an iPad's pinch-to-zoom feature while showing a video depicting Rittenhouse shooting one of the victims. But the judge would not allow it. Judge Bruce Schroeder agreed with the defense claim that the Apple iPad creates "what it thinks is there, not what necessarily is there," claiming that the AI does more than magnify the video, but rather fills in pixels. The judge ruled that the jurors were only allowed to view the video in its original size.

Video evidence has become central in many courtrooms across the country. But the rapid rise of deepfakes and the growing lack of trust in what was presented as facts may leave courtrooms unable to determine if seeing is still believing when it comes to video.

Within academic circles, identifying fake media isn't nearly as interesting as creating it. Hany Farid, a computer science professor, and digital forensics expert at the University of California at Berkeley, told The Washington Post, "Why sniff out other people's fantasy creations when you can design your own? The number of people working on the video-synthesis side, as opposed to the detector side, is 100 to 1."

This isn't to say that the Rittenhouse video was a deep fake; no one is alleging that. But the judge's willingness to keep even basic video zoom technology out of evidence suggests it should be a preview of what's ahead. Electronic information can be adjusted, tampered with, enhanced -- adding another significant element to a class of things that are rapidly moving from “facts” to suspicious and maybe untrustworthy fictions.

The coming fracture over images and video that had been accepted as truth is likely to drive an even greater divide in a society already struggling to come to terms with elements of fact that have in the past been widely accepted.

"In the short term, detection will be reasonably effective," Subbarao Kambhampati, a professor of computer science at Arizona State University, told a report published by the Brookings Institution. "In the longer run, I think it will be impossible to distinguish between the real pictures and the fake pictures."