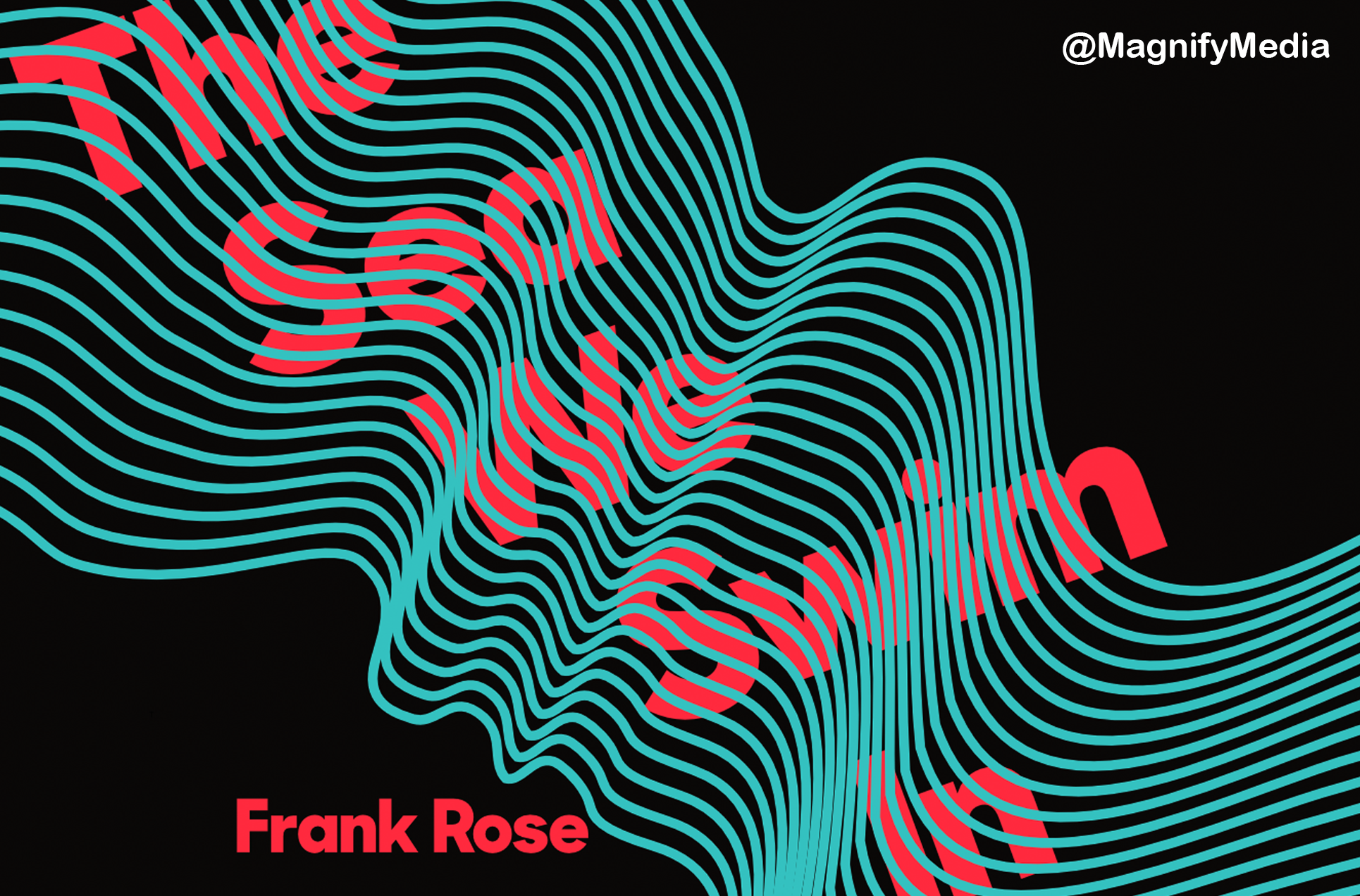 Frank Rose isn't your ordinary journalist. He has, for as long as I've known him, been asking hard questions about the practice of storytelling as the ground shifts below our feet.

His latest book is provocative and timely. “The Sea We Swim In” is the book's title, and it's meant to be an accessible metaphor for the information that pours out of our phones and screens. I'm more apt to use words like “avalanche,” “flood” and “digital overload,” and I'm not sure Rose and I agree on the impact the volume of information is having on our world and our lives.

But for the purposes of this book, the subtitle is a clue to where this is all going. “How Stories Work in a Data-Driven World” is a puzzle worth unpacking, since data-driven isn't the ordinary way we pose stories. And the idea that stories “work” is a clue as well. Stories are no longer told just around the campfire; they're the bullets in the technology-driven marketing gun aiming to move markets and drive revenue. Stories need to have results, and that puts journalists in the crosshairs of the marketing machine.

Hoaxes, until very recently things to be debunked and ignored, are now front and center in our sea of information. A global pandemic with extraordinary medical innovations to fight it is turned into a conspiracy, and QAnon -- a silly theory about Democratic pedophiles and pizza shop shootings -- turns, almost overnight, into a growing right-wing political party fueled by storytelling.

Rose is right to dissect how storytelling is fueling -- some would say overwhelming -- our narrative world.  "It certainly precedes ideas of the metaverse, or even the internet, but it has to do with the rise of lifestyle brands," says Rose. "And lifestyle brands can be almost anything; we think of them as, maybe, fancy liquor, or a clothing brand — but Harley Davidson is nothing if not a lifestyle brand." But brand storytelling isn't journalism. "Your product—your beer, your aftershave, your toothpaste—is not on a hero's journey."

But if storytelling is now core to branding identity, where does that leave journalism? Jay Rosen, who teaches journalism at NYU and blogs at PressThink, has a lot to say on that topic.   He's quick to point out that media isn't the same as journalism. "I think of the media as the attention business, an industry whose product is audiences. However, most journalists are employees of the media, and thus part of the attention business. This creates endless problems and compromises, which I hear about nonstop. The press — to my way of thinking — is the institution that endures over time as journalists come in and out of it. Media, journalism, and the press are not interchangeable terms. Yet, they are bound up with one another. Media is the attention industry. Journalism is a social practice, the purpose of which is to keep the public informed and hold power to account."

Frank Rose and Jay Rosen are two of my favorite thinkers, and they're both trying to sort the same thing. Is all storytelling branding? Is journalism storytelling? And If media has absorbed (some say consumed) journalism, is the public service drive that lured generations of ink-stained wretches into the practice now little more than a nifty framework to sell stuff?

Folks at old-time newspapers remember well what the space for journalism was called: the "news hole," the space left over after all the ads were laid out. So maybe the power economics that is driving journalism today isn't such a new thing after all.

"Truth-seeking is what journalists see themselves as always doing," says Rosen. And that remains true, even if storytelling's lines are blurring. It is, after all, the sea we're all swimming in, and the waters are getting choppy.