Jack in the Box Orders Up Del Taco 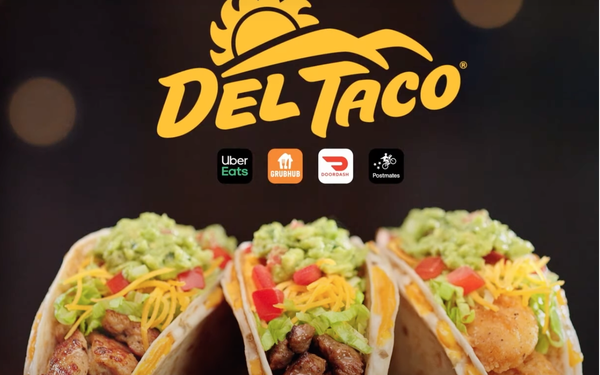 Jack in the Box is getting into the taco game, scooping up America's second-biggest taco chain. It will pay $575 million for Del Taco and says combining the two companies -- both challenger brands -- will enable it to compete better, creating critical economies of scale.

So far, industry observers say the deal makes good sense. While Del Taco is "a very distant second to Taco Bell, owned by Yum! Brands, it is second in an attractive QSR category nonetheless," writes Brian Mullan, an analyst who follows Jack in the Box for Deutsche Bank.

He adds that Del Taco previously told investors it plans to increase its units by about 5% in the year ahead, so "its strategy is already similar to Jack in the Box in this very important way."

Founded in 1964 and based in Lake Forest, California, Del Taco is a strong regional player. Each week, it serves about three million taco lovers with 600 restaurants in 16 states. Importantly, nearly all have a drive-through section, which has been critical to QSR performance in the last 20 months.

That means the combined company will have 2,800 restaurants in 25 states with similar guest profiles.

"This is a natural combination of two like-minded, challenger brands with outstanding growth opportunities," said Darin Harris, CEO of Jack in the Box, in its announcement. "Together, Jack in the Box and Del Taco will benefit from a stronger financial model, gaining greater scale to invest in digital and technology capabilities, and unit growth for both brands."

Jack in the Box is headquartered in San Diego.

The Mexican category is a fast-growing segment of the QSR universe.

The deal, which is expected to close early next year, comes as experts predict improving fortunes for the entire restaurant industry in the year ahead.

"We are optimistic 2022 industry sales can be supported by tailwinds associated with a healthy economy and more normalized consumer activity/mobility," writes David Tarantino, who follows the industry for Baird. "However, we acknowledge the Omicron variant is a wildcard, and some other factors could act as offsets to the aforementioned positives, leading to a less robust spending environment than we have seen in recent months."