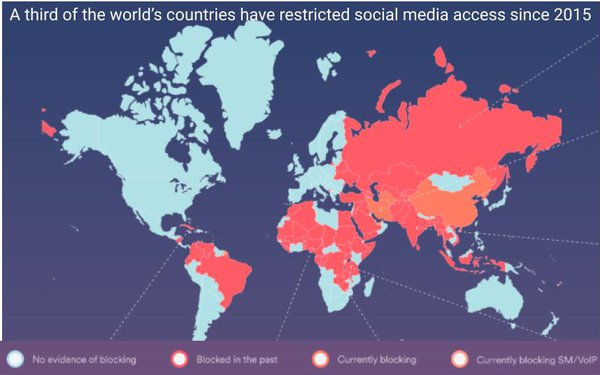 I was reminded this week that supporting free speech isn't necessarily a binary, either/or proposition. It came from a couple of sources, including an excellent column written by NewsGuard co-founder Gordon Crovitz as part of NiemanLabs's "Predictions for Journalism 2022," in which Crovitz makes the case that it will be the year that "advertisers stop boycotting news."

Now, no one has ever asserted that there is an organized effort by advertisers to do that, but many big advertisers operating in potentially sensitive categories routinely invoke "blacklists" of content their ads should not be placed in or adjacent to, and news historically has been one of them. Or at the very least, news about certain events.

"When I was publisher of The Wall Street Journal, we would give an airline advertiser a free substitute ad in the next issue of the newspaper if its ad happened to run alongside a news story about an airline crash," Crovitz writes in his column, adding, "Airline marketers were happy to continue to support news with their advertising."

The problem, he continues, is that thanks to modern advertising and media technology, manually created brand safety blacklists have evolved into automated "blocklists," in which keywords often substitute for human judgment calls, and as a result, many advertisers and agencies end up blocking news content altogether because those words show up in news content, regardless of their context.

This has produced ironic and oftentimes, counterproductive consequences when keywords such as "race," "gay," or "lesbian" end up blocking ads that would otherwise go to supporting credible news content supporting, not harming equity, inclusion and diversity, as well as other important forms of journalism.

Many advertisers and agencies have already begun addressing this problem by creating "inclusion" lists to counterbalance their "exclusion" ones, and to create private marketplaces explicitly supporting media diversity, including news.

And NewsGuard itself, has become a valuable tool in that process that has been incorporated by some of the biggest agencies and advertisers. And not just for automated digital news publishing buys, but soon -- thanks to a deal between NewsGuard and IPG Mediabrands -- for TV news programming, as well.

Another reminder I got this week came from a release from Surfshark, which publishes a global social media censorship tracker, and its most recently update shows that more than a third (35%) of the world's countries have restricted access to social media since 2015.

Now this is where the not-so-binary decision-making gets especially tricky, because technically, I'd include the U.S. among them, even though Surfshark currently does not.

In the U.S., we restrict access to social media for lots of people, though not always so successfully. For example, kids and young teens, as Instagram CEO's testimony before Congress recently illustrated.

During those hearings, legislators also declared that it's not longer a question of if, but how and when they will pass new laws restricting some forms of social media access, as well as reforming a law that protected social media platforms for liabilities when they feel to police things themselves.

Amazingly, that hearing was one of the most bipartisan and least political debates to take place recently before the world's most deliberative body. You know, the U.S. Senate.

My main point here, is that it's not necessarily a bad thing to "restrict," "boycott," or in some way curtail people's access to information, even "news," when the "publisher" (or telecaster) is proven to be reckless or irresponsible, and in some clear way is causing meaningful harm.

Yes, America's Constitution protects free speech -- even certain forms of commercial free speech -- but that doesn't mean anyone can say anything to anyone in any context at at anytime.

The "you can't yell fire in crowded movie theater" may seem trite by this point, and probably could be updated to, "you can't yell storm the capital to violent insurrectionists while Congress is recording the peaceful transition of power based on a fair democratic election," but you get my point.

Human judgement needs to be factored into who, when, where and why someone can be restricted from accessing certain forms of media -- including advertisers -- and it all comes down to context.

Thankfully, blunt instruments like programmatic ad technologies are being refined to accommodate this, thanks to organizations like NewsGuard, which incidentally is MediaPost's "Supplier of the Year." But we still have a long way to go, because information is nuanced, always changing, and society and its media platforms need to change and adapt along with it.

For example, we've never bestowed a "Worst Supplier of the Year Award," but if I were to issue one this year, it would be a tie going to Apple and Google for caving into Russia's demands to remove an app developed by supporters of opposition leader Aleksei Navalny to help organize protests leading up to Russia's elections.

Yeah, I know what some of you are probably saying: "What's the difference between squelching a call for violent protests at our nation's capital and helping to organize protests leading up to Russia's election?"

My answer: A great deal of context.