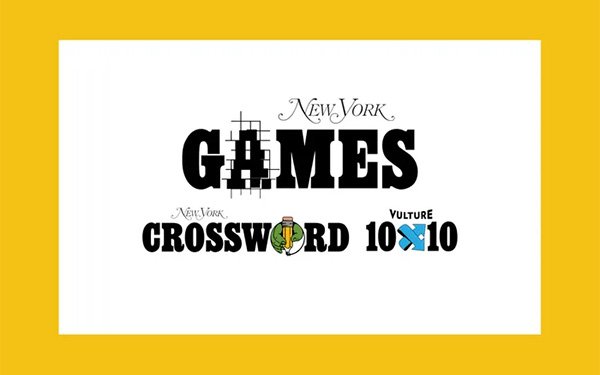 New York magazine is expanding its print and digital crossword offerings, expanding what has been a staple of the magazine for decades, and bringing “New York’s audience of solvers even more of what they want.”

The expansion will cover both print and digital, and offer new and engaging approaches, the magazine said in a press release. It will include a new daily Vulture-branded 10x10 puzzle and newsletter focused on entertainment, as well as a reimagined crossword in the print magazine.

The Vulture daily puzzles will be created by Malaika Handa and Stella Zawistowski, who have collectively created puzzles for various outlets, including TheNew YorkTimes, USA Today,The Wall Street Journal and The Atlantic.

Since its first issue in 1968, starting with Stephen Sondheim’s elaborately themed cryptic crosswords and Mary Ann Madden’s long-running “New York Competition,” New York has featured puzzles. For many years afterwards, New York was the American outlet for the Times of London cryptic, under the title "World's Most Challenging Crossword.” In addition, Maura B. Jacobson’s and Cathy Allis’ beloved American-style puzzles appeared in itspages for decades.

New York’s flagship 21x21 puzzle by Matt Gaffney, which has run on alternate Sundays online since 2019 and in each print issue, now increases its cadence to weekly, appearing online every Sunday night. The print-issue reimagining includes one 21x21 puzzle and three 10x10s in every issue. All puzzles will be available on desktops and mobile devices here. The first Vulture 10x10 is online now.

New York is published biweekly in print, and six include the verticals Intelligencer, delivering national news and sharp commentary on politics, business, technology, and media; the Cut, covering style, self, culture, and power; Vulture, the premier site for culture news, criticism, and service; the Strategist, dedicated to shopping the internet smartly; Curbed, covering cities and city life; and Grub Street, home to food news and authoritative restaurant criticism.