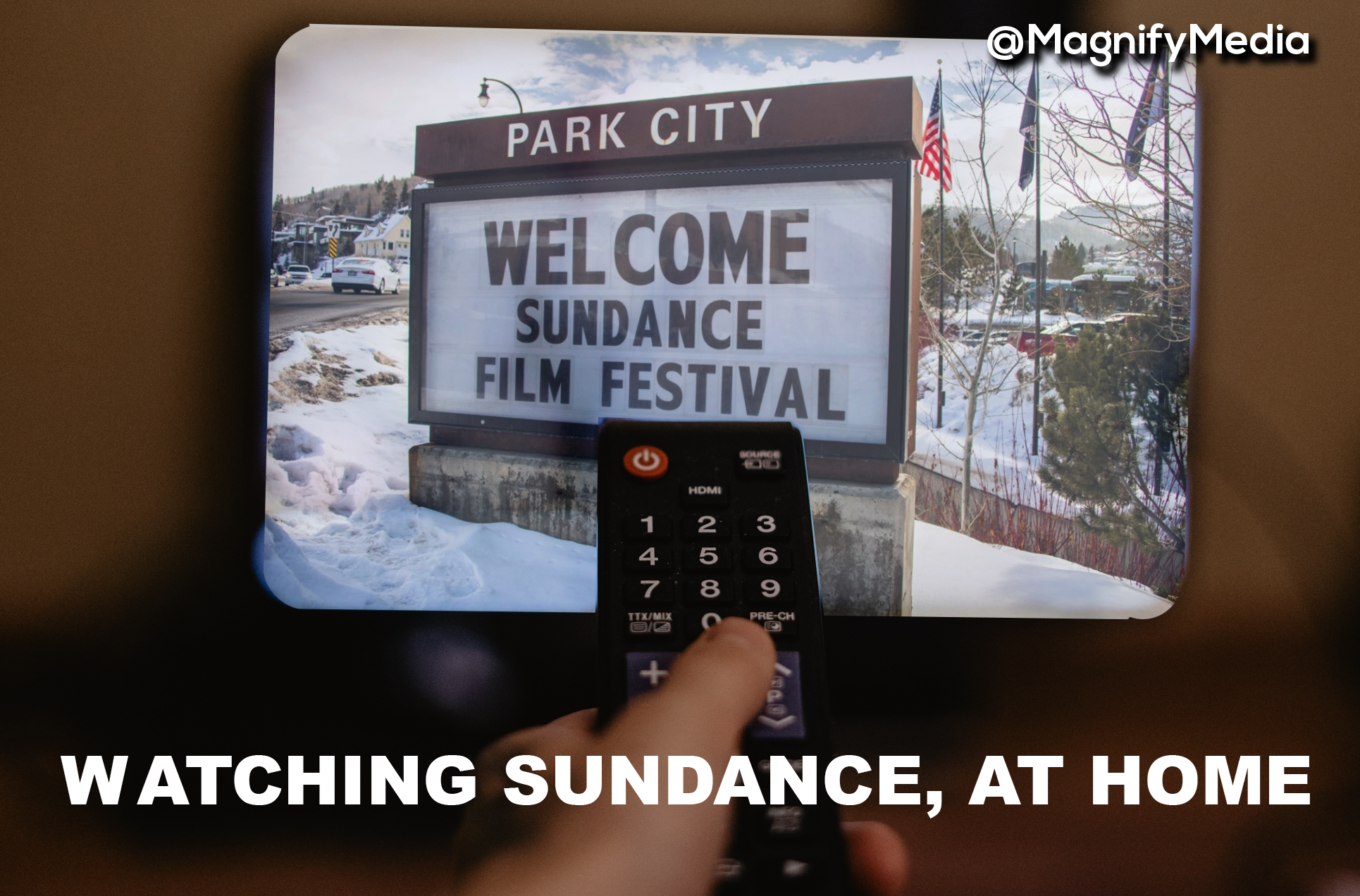 Let's be honest. Going to Sundance has always been hard. It's a schlep to get there, it's cold, and the screening venues are spread out, with transportation hampered by a convoluted bus system.

Still, the challenges of the town and the weather and the distance are part of what makes it special. The people who attend want to be there. Everyone in the theater you're sitting with is serious about indie film. They made the trek, either because they have a film in the festival, or they work with one of the distributors or streamers who are out looking to acquire films.

Being at Sundance meant being inside the film crowd -- and the parties, panels, and secret gatherings only make it all the more worth it.

Which brings us to 2022, a year that had Sundance determined to be back in person in Park City, until COVID's new scary variant raised its ugly head. So Sundance went all virtual again.

Creating a sense of being in a special place in the abundance of the online environment is hard -- maybe impossible. But against the odds, Sundance has pulled it off.

I watched three films, each powerful, complicated, and memorable in its own right.

“Instant Life” is a haunting and nostalgic documentary about sea monkeys. The story reminded me of Albert Maysles’ “Grey Gardens,” at a time when much of what used to be Maysles’ signature cinema verite has evolved into its ugly cousin, reality TV.

Happily “Instant Life” doesn’t do that. Instead, it tracks Yolanda Signorelli Von Braunhut, the widow of Harold, who invented the Amazing Live Sea Monkeys novelty toy. Now Yolanda is living in a ramshackle old house on the Potomac, fighting to regain control of the Sea Monkeys.

But the toy company that's stolen her property -- Big Time Toys-- is truly small time, and willing to battle it out as Yolanda struggles to keep from freezing to death as the electricity is turned off and her pet parrot dies.

This film is truly sad, as all our childhood dreams grow older. I remember Sea Monkeys and had a tank. They were fantastic, a jolt of electricity into a child's mind, cartoon-like characters come alive. But as “Instant Life reminds us,” nostalgia can have an ugly side.

“When You Finish Saving the World” began as a podcast drama, which makes total sense. It's a film about a high school student building a fan base as a sensitive folksinger. Ziggy croons and chats with his growing list of 20,000 fans -- which is probably pretty insignificant in the world of internet influencers.

His mom, Evelyn, is a social worker who's dedicated her life to running a shelter for women who've been victims of abuse. The irony of the film, or maybe its core point, is that Evelyn's activism of her time and Ziggy's activism on the internet seem worlds apart, even as they're in the same family. It's certainly thought-provoking, and with Julianne Moore as the mom and Finn Wolfhard as the son, the performances makes the film memorable. I may just have to go and listen to the podcast now. Jesse Eisenberg's directorial debut is certainly worth the attention it's garnered so far.

I also watched “Emergency.” This is a film that could be, on the surface, a light-hearted story of college friends out for a night on the town. But then you add in more complications -- the two lead characters are young black men, and shortly after the film begins, they find a high-school girl passed out in their apartment. Oh, and she's white.

The film is a comedy but also a thoughtful exploration of safety for Black people in America. The debate over whether to call 911 winds through the next hour.  The two men have a broken tail light on their car, which acts as a metaphor for just how a trivial something can turn a police stop into a death sentence.

So, how does Sundance manage to keep its allure in the always-on, worldwide, connected web? Well, just one example. I watched 1 hour and 20 minutes of "Emergency" before a phone call, and then some other family distractions made the film ending too late for one sitting. The next day, as I sat down to write this, I clicked play -- only to find out my screening was ended. So, Sundance virtual festival succeeds just as tickets in Park City do: limited, hard to get into screenings, and then, irreplaceable.

I'm hopeful that "Emergency' will arrive in my home theater soon. The film was produced by Amazon Studios,  so that seems like a safe bet. Until then, I'll have to conjure up the ending in my mind.