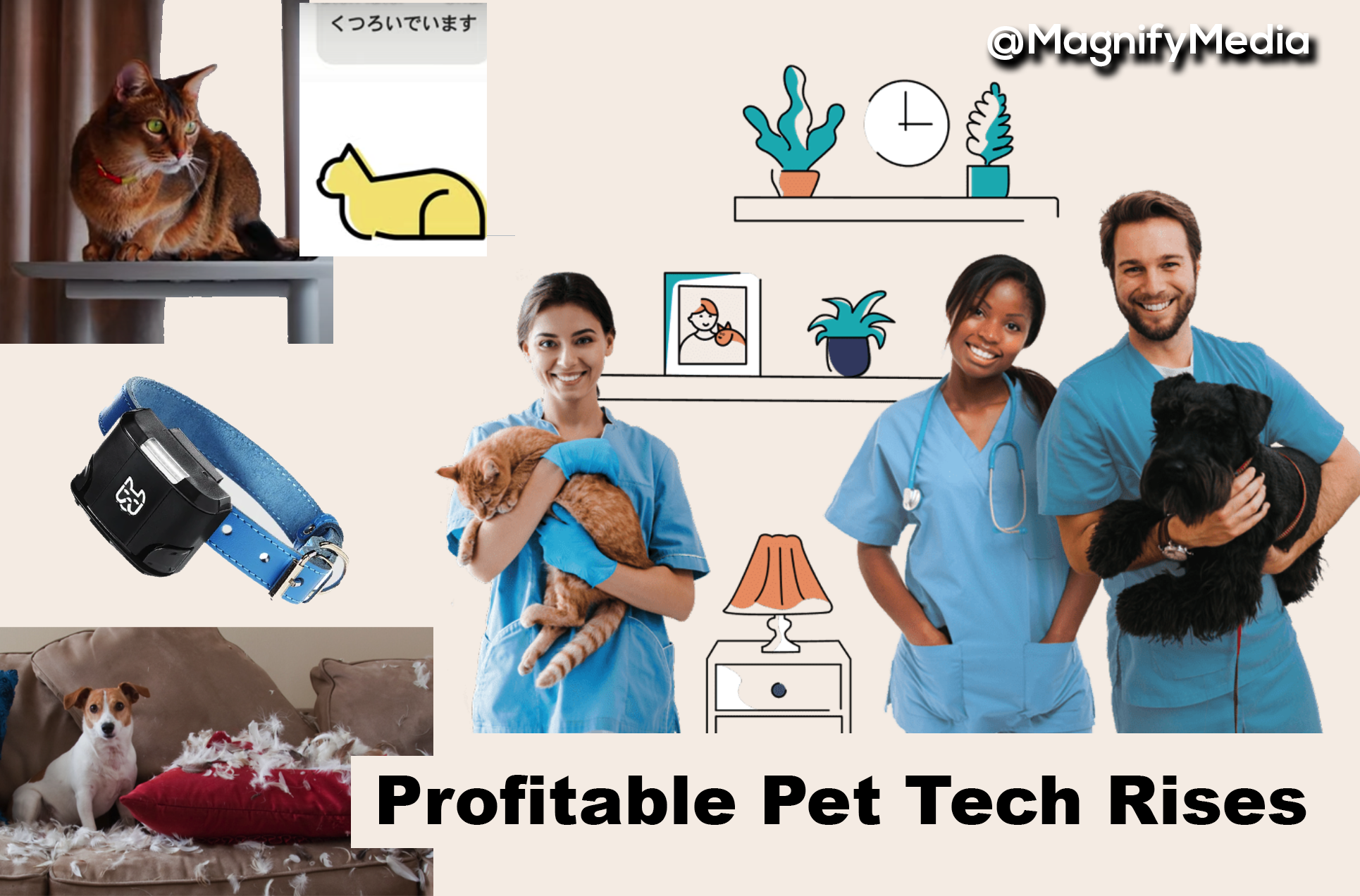 If you've been laying out serious cash for your most faithful friends, you're not alone. I'm not talking about your kids or even your significant other. The growing sector that's scooping so-called discretionary dollars is -- you guessed it -- your pets. As people hunker down due to COVID, the global market  for pet care, estimated at $179.4 billion in the year 2020, is projected to reach a revised size of $255.4 billion by 2027, growing at a CAGR of 5.2%.

So, where is all that cash going?

CES this year was full of gear for dogs and cats.

First up, we have a smart cat collar. We can debate the word smart and cat later, but Catalog is, among other things, a weight-sensing platform that helps owners keep track of their kitties' daily movements. No fat cat for me!

And, just so you don't think Fido is left out, Invoxia has its own smart dog collar, one that tracks location and heart and respiratory conditions as well.

If you're worried about your dog's well-being, Taiwan's institution, ITRI was at CES with iPetwear, which is a data-driven early warning signal for heart attack prevention for your dog.

And, if you want the equivalent of Apple AirTag for your wandering hound, Wagz has a Freedom Collar that introduced a geofence. With GPS tracking, fitness mapping, and what they call "humane' corrections" -- so it isn't a shock collar -- Wagz is already popular as a training collar.

OK, so you've got all kinds of new gizmos for dogs and cats. But what if you want to ask your dog what dog food they like best? FluentPet claims to have a paw-based touchpad that teaches your dog how to talk with you. I kinda get this. Could be fun. I wonder if it has a button for "cheese" or "squirrel"?

One thing is certain. Pet products are a big market and only getting bigger, which is why the the VC community is chasing the next big dog thing.

Pet startups raised serious cash, beating 2019 numbers by August as $1.1billion was plowed into pet companies that included pet insurance company Bought By Many and the wearables company Tractor. And the big VCs are in the game, including SoftBank and Sequoia.

One of the big winners is The Vets, a pet care startup based in New York that has raised $40 million in seed funding to help provide at-home care for pets across the United States. The startup says it's cared for 7,000 pets across nine major cities and, by the end of the year, plans to expand to 25 cities.

So, what does this all mean? We love our dogs and cats, yes -- for sure. But if you're buying a gift for your favorite friend once a month, that's serious cash. What's next -- cat college or dog grad school? I'd say it's just a matter of time.