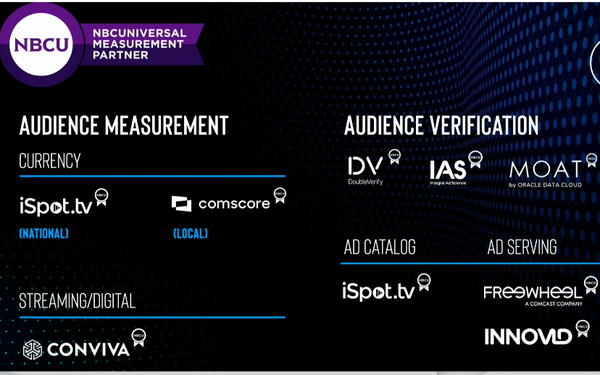 NBCU unveiled a total of eight "certified partners" at its "developers conference," including two for currency: iSpot.tv for national and Comscore for local advertising buys.

During her presentation, NBCU measurement chief Kelly Abcarian emphasized that when NBCU presents at its upfront at Radio City Music Hall in a couple of months, iSpot will be its currency for national advertising buys, begging the question whether it still will recognize "multiple currencies," "alternative currencies," or whatever its customers choose to call what they want to use for guaranteeing their NBCU ad buys. Maybe even Nielsen?

"That's right, you heard it here first on this stage," she said, "We're going to Radio City and we're going to activate iSpot as our currency."

Abcarian, and other NBCU execs, did not emphasize Comscore's local ad currency quite so vociferously, but they also unveiled certified partners for other aspects of their supply chain, including audience verification, streaming/digital, ad serving, etc. (see above).

NBCU may not be joking about iSpot being its certified new currency for all national TV advertising buys, but the supplier's Chief Technology Officer Anthony Skinner delivered one of the best jokes of the day's presentations.

Skinner, who was clearly inspired to be speaking on NBCU's "Saturday Night Live" stage, where the developer conference presentations took place today, acknowledge that part of his ambition was to prove to his son that, "My jokes are funny," ended his presentation with a pretty good one.

"An industry analyst once told me there are three kinds of people in the world," Skinner said in his set-up, delivering the punchline: "Those who can count. And those who can't." 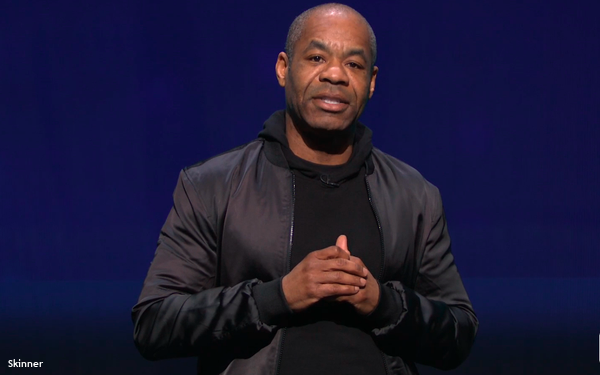 1 comment about "NBCU 'Certifies' 8 New Suppliers, Including Comscore As Local Ad Currency".
Check to receive email when comments are posted.
Next story loading