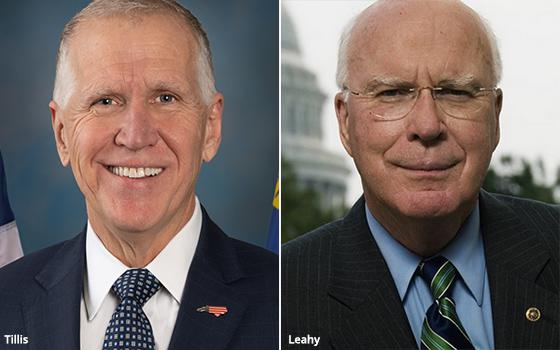 Companies including Pinterest, Etsy and Vimeo are urging lawmakers to reject an anti-piracy proposal that would effectively require web companies to use as-yet-undeveloped filtering tools.

The proposal “would inject uncertainty” into online copyright law, while also posing a risk to users' privacy and their ability to access information, the companies and other opponents say in a letter sent this week to lawmakers.

The Tillis-Leahy bill would task the Copyright Office with developing “technical measures” aimed at combatting piracy, and then require interactive companies to either use those technical measures or face potential multimillion-dollar copyright infringement lawsuits over material uploaded by users.

That framework would significantly revise the Digital Millennium Copyright Act, which currently protects web companies from infringement lawsuits over material posted by users, provided the companies take down the material on request.

Groups representing content owners -- including the Recording Industry Association of America and American Association of Publishers -- have said they support the Tillis-Leahy bill.

But Pinterest, Vimeo and other critics tell lawmakers the bill would “put an agency with no engineering or other relevant expertise in charge of how digital products are designed, irrespective of whether copyright infringement is actually occurring.”

The opponents add that the proposed law “would result in endless triennial litigation cycles through the creation of an entirely separate -- and potentially unconstitutional -- category of government-mandated 'designated technical measures.'”

What's more, according to critics, the filter-development process could result in “overlapping and burdensome” technical requirements that “would ultimately harm users -- risking their privacy and security, undermining the stability of services they rely on, and limiting choice and access to information.”