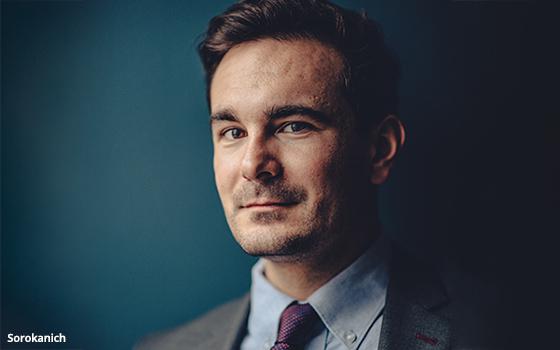 Digital publisher G/O Media on Monday announced the appointment of Bob Sorokanich as editor in chief of Jalopnik, the company’s site covering the automotive space.

Sorokanich will oversee all content creation and original reporting across the outlet. He starts on April 11.

Sorokanich will be tasked with building on Jalopnik’s strong 2022 traffic and advertising momentum.

G/O Media CEO Jim Spanfeller said Sorokanich is a "smart, strategic editor who lives and breathes cars — the absolute perfect person to lead Jalopnik into its next phase. We fully expect Bob to lead Jalopnik to be the number-one auto enthusiast site in the world.”

Sorokanich most recently was at Hearst Magazines, where he was deputy editor of Road & Track. There, he helped merge the print and digital editorial operations and spearheaded a redesign. Previously, his work has appeared in Popular Mechanics, Esquire, and Gizmodo.

Sorokanich said he’s a longtime Jalopnik reader, which "has been a vital part of the automotive media landscape ever since its inception."  He welcomes the "opportunity to lead Jalopnik into its next chapter."

Jalopnik was founded in 2005 and today is one of the largest car news and opinion sites in the U.S., reaching more than 10 million visitors per month.

G/O Media reaches over 100 million unique visitors across its network of sites. Other brands include the pop culture and entertainment site The A.V. Club, the women’s interest site Jezebel, gaming hub Kotaku, lifestyle brand Lifehacker, and ecommerce site The Inventory.