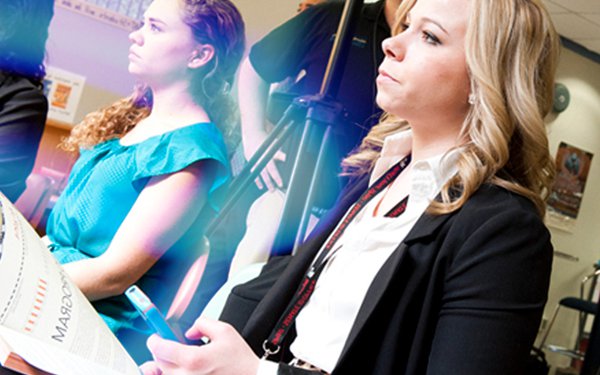 The Cronkite School of Journalism and Mass Communication at Arizona State University announced it’s been awarded a $150,000 grant from the Stanton Foundation to study the evolving concept of journalistic objectivity in the country’s newsrooms.

The project will examine how the concept of objectivity has evolved and how to reconcile the core principles of fact-based journalism with the values of younger journalists and modern newsrooms. It will produce a research paper to serve as a resource for print, digital and broadcast news organizations, along with a series of workshops tailored to support individual news organizations.

The first phase will involve developing a white paper to encompass historical analysis with new insights from news practitioners and thought leaders, representing a broad spectrum of views about how to set a modern standard for news reporting. It will also include a perspective on public opinion about journalistic credibility and values.

Such a study is timely. Debate is raging among journalistic thinkers about how the traditional, third-party, disinterested style is no longer sufficient, and what role the horse-race approach to political coverage and the emphasis on giving equal voice to both sides should play. But there’s disagreement on how to proceed.

When one side engages in lying, or propagandizing, or misinformation, then journalism’s role can’t be to present both sides equally — if it does, it’s doing a disservice to its readers and to society.

Some journalism thinkers say that instead, news organizations should follow a truth-based approach. At the same time, some academics advocate for a “citizen’s agenda,” where the who’s-winning-and-who’s-losing approach to political reporting is replaced by one that answers a core question: What do you want candidates to be discussing as they compete for votes?

The challenge, though, is that kind of journalism implicitly requires journalists to take sides. Not only would that exacerbate the already inflamed distrust of mainstream “objective” media, but on a practical level, it would obliterate the ability of reporters to work with news sources they said are lying.

In the end, the tug is between conflicting visions of journalism. On the one hand, there’s what’s derisively called “access journalism,” — where reporters sacrifice true objectivity for good relationships with their sources, — or “both-sidesism,” where reporters give equal weight to opposing sources, even though one is distorting facts or lying and one is not. And on the other is a divisive form of truth-based journalism.

The ASU project will be administered through the school’s new professional education and skills training initiative, CronkitePro. Sree Sreenivasan, a journalist, digital media executive and educator, will join ASU as the managing director of CronkitePro. It will be co-directed by Leonard Downie Jr., the Weil Family Professor of Journalism at the Cronkite School and former executive editor of the Washington Post, and Andrew Heyward, the journalist, producer and former president of CBS News.

“We look forward to working with journalists and news organizations to gain insight on the best practices across print, digital and broadcast, and integrating the traditional principles of journalism with the culture of today’s newsrooms,” Cronkite School Dean Battinto L. Batts Jr. said in a press release. “This is an exciting opportunity for our school and the team of CronkitePro.”

The Stanton Foundation was created by Frank Stanton, an early architect of CBS News who served as president for 25 year starting in 1946. Stanton is widely regarded as one of the television industry’s founding fathers.