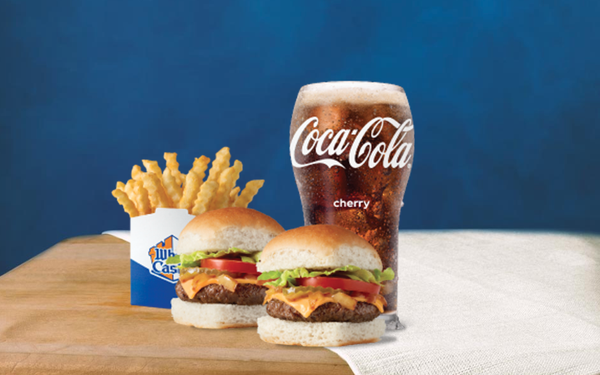 It's a nice problem to have. White Castle's only Florida restaurant, which opened a year ago in Orlando, has been so busy the QSR couldn't keep up.

So the brand, powered by equal parts nostalgia and novelty, just announced it intends to move to 24-hour operations and is introducing online ordering with pickup and delivery service from a location.

The company says the Orlando unit is the best performing in its 350-unit chain and that it is likely to sell five million Sliders by its anniversary next month. It's also the largest.

It's also set records for sales of breakfast Sliders, available all day long.

So it's shifting its game plan. Besides moving from a 4 a.m. closing to 24-hour service -- long a tactic in other stores -- it's opening an in-line space just behind it.

That unit is small, at 1,800 square feet. It allows customers to order online and pick up the order themselves. Or they can choose delivery from DoorDash, Uber Eats, Grubhub or Postmates.

Customers seeking their Crave, as White Castle likes to call their food, can still eat in, order takeout or drive through the larger store.

The new concept supplements the ghost kitchen the QSR already has in the area, which serves online, carry out and delivery orders.

Back in the 1960s, the 101-year-old company had four restaurants in Miami.

The 1921 Slider is a thicker beef patty topped with cheddar cheese, grilled caramelized onions, a slice of Roma tomato, lettuce and pickles. It began testing the item in Cincinnati last year, then expanding the pilot to St. Louis, Nashville and Louisville.

White Castle also recently announced it had sold more than six billion Sliders in retail channels, including grocery and club stores. When it launched that division 35 years ago, it was the first fast-food company to move into the frozen-food aisle.