BarkBox Gets Down With Dog-Mom Rap 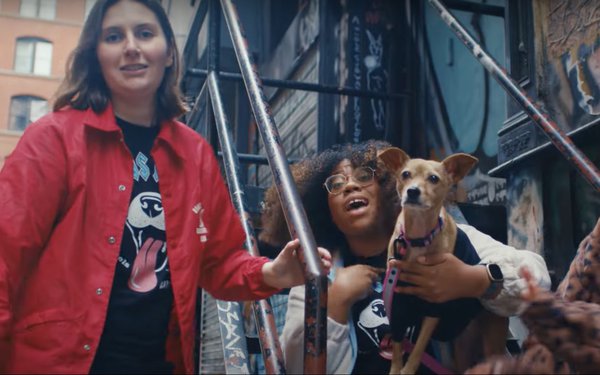 Forget brunch, flowers or a pedicure. BarkBox is celebrating mother’s day with some dog-mom rap, enlisting some of TikTok’s biggest stars to help celebrate.

It’s not the first time the monthly subscription box company has let the dogs out, so to speak. Its 2017 version of people rapping about their fur babies collected something like 70 million total views.

But because the dog-mom universe has expanded so rapidly in recent years, the company felt the world was it overdue for another, says Stacie Grissom, director of content and communications for Bark, which owns BarkBox.

“We’ve all kind of processed the pandemic in our relationships with dogs, so we wanted to show that through a music video,” she tells Marketing Daily. An estimated 23 million people, or about one in five families, has added a pooch to the family since 2020.

If the cast of the video look familiar, it’s because they are. It includes TikTok stars Alexis Nelson (aka Black Forager), comedian Katie Haller and Noodle the pug. (And yes, friends, Noodle says today is a bones day.)

Grissom tells Marketing Daily dogs just mean more to us these days. “They’re part of the family. Things have become more poignant in the last couple years. Dogs are our therapists, and our comedic relief.”

If the jokes feel familiar, it’s because they’re the same gags that dog parents never get tired of. There’s references to doggie style, twirling bags of poop and the endless need for lint rollers.

Kind of gross? Always, Grissom says. “Dogs are gross. And weird. And yet we let them sleep under the covers with us. Dog people just have a little different perspective on the world.”

That’s why BarkBox can get away with being “such a brash brand. We’ve never fooled ourselves into thinking we should be prim and proper.”

Grissom, who was the brand’s third employee and has been there for a decade, says customers respect that. “Our audience has always given us permission to stuff something like this with as many jokes as possible.”

She’s not sure it will go as far as the last one, and it isn’t getting any paid support. But part of the point is that is that cast members are wearing matching T-shirts. “That’s an experiment for us–to see if people want ‘Mommy and me’ tees from BarkBox.”

“We hope it connects with people and makes them laugh.”