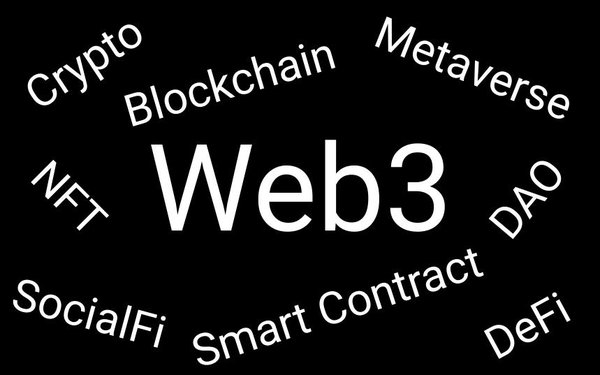 The marketing community is catching on to crypto, NFTs, blockchain and the metaverse – and for good reason. Major brands (collectively, the clients we all work with) are already headed there.

Marketers are exploring, testing, and learning how each of these emergent concepts will impact their customers and their businesses. While they are all intertwined, IMHO, the tidal shift we will see in the next three to five years that will drive marketing will be the transition to Web3.0.

It may be a bit of a “shiny object” just now, but if you cut through the chatter and take a few beats to think about the opportunity, you’ll see why I’m so jazzed.

Start with a bit of context.  Web1.0, roughly 1990 to 2005, was decentralized, community-governed, open protocols. It was the internet of blogs, message boards, AOL, and CompuServe – where people passively read static web pages. Web2.0, what we’re most familiar with as a more advanced functionality, roughly 2005 to today, is made up almost entirely of siloed, centralized services run by corporations.  Through this phase, the financial value generated – leaving most merchants’ eCommerce gains aside – is accrued to a very small group of companies including Google, Facebook, Apple, and Amazon.

Web3.0, which is starting to happen right now, has been defined by Packy McCormick (an investor who helped popularize the term) as “the internet owned by the builders and users, orchestrated with tokens.”  While not a perfect metaphor, it’s the pendulum swinging back toward decentralization, into the hands of the people; that shift will be profound, disruptive, and quite impactful.

It will initially appeal to a generation of transformative talent – one that sees business, consumers, and experiences as part of a continuum. Early adopters who embrace Web3.0 are a group that doesn’t necessarily care for prototypical business organizational design and have been critical of today’s media and technology world. Those who feel tracked and hacked will be excited about the shift toward democratization, creative thinking, and innovation.  Web3.0 will redistribute leverage from companies to the people, ushering in an era of radical transparency.  Depending on your perspective, the change will either force us or give us an opportunity to unlearn the conventional and detach ourselves from much of how we have traditionally approached marketing.

We talk about opportunities to get ahead of something and lead our clients and our teams. This is that defining moment when we can and should lead through this uncharted territory. Here are some key actions to begin right now to make this happen.

First, learn the language and the myriad of terms floating around and how they relate. Everything from smart contracts (which have huge implications for the media buying landscape), to virtual goods and land, to a “drop,” to interoperability, and probably 10-12 other key terms including decentralized finance (DeFi), decentralized data and engage-to-earn, are a good start. NFTs (non-fungible tokens) are all-the-rage right now and will play a major role in the “tokenization” of the future, while cryptocurrency, which has been part of the lexicon for several years, will be the underlying basis for all transactions, financial or otherwise. Understand that blockchain itself likely can and will become a prominent force not just in finance and commerce verticals but in everything we do.

Second, have a solid grasp of the nuances and opportunities within Web3.0. This will probably be the biggest shift for the media and marketing universe since the advent of digital advertising or eCommerce. With Web3.0, we will begin to see a transformation away from advertising-based and subscription-based business models that dominated Web2.0, giving consumers more privacy and control of their own experience. With less opportunity for targeted intrusion (e.g., following consumers around) and decentralized data (e.g., fewer giant companies owning personal data), marketers will need to adapt and innovate to engage those same consumers in this new environment.

In the past few years, several tech start-ups have emerged that facilitate shifting control to the consumer. So rather than advertisers paying Facebook or Google to target individuals within a particular region, demographic, or psychographic, those advertisers will actually pay consumers who agree to be advertised to. It’s an absolute paradigm shift.

Lastly, envision how your company and your clients will adapt to the metaverse and ensure you have a comprehensive plan. Web3.0 must be seen for what it is – a complete sea change. Think of Web3.0 as the tectonic shift and the metaverse as the playground where consumers will engage. The metaverse will be immersive digital worlds, or a mirror life where consumers can work, play, and interact with friends, shop, and explore uncharted virtual experiences. It will enable cool production and distribution capabilities and be a powerful opportunity for brands to create inclusive experiences for consumers, and for them to reimagine their lives. We should already be formulating plans for what that looks like, both for the metaverse and for Web3.0, as it takes hold.

The changes will go way beyond simply the adoption of cryptocurrency. They will encompass everything from DAOs (decentralized autonomous organizations), to blockchain applications across all industries, to decentralized social networks, to “play-to-earn” video games that reward players with crypto tokens and NFT platforms allowing people to buy and sell fragments of digital culture.

Get ready. Web3.0 is poised to transform the internet as we know it, replacing traditional gatekeepers and disintermediating many of the middle persons of the past 15-20 years, and opening a diverse set of new opportunities – for those who have the courage to lead.