Peloton Versus Planet Fitness: A Tale Of Two Workouts 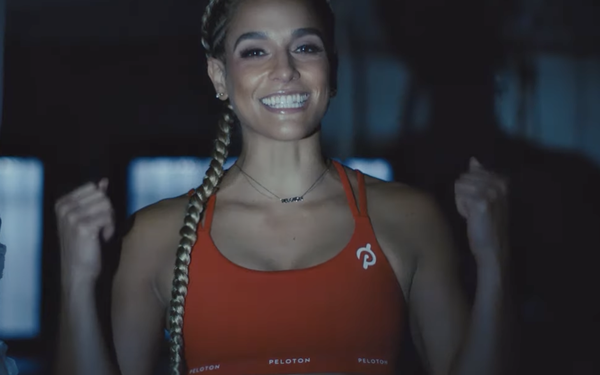 Both Peloton and Planet Fitness just released quarterly earnings. And if you think America’s “return to work” looks unpredictable, the “return to working out” is even murkier.

The pummeling of Peloton continues. Acknowledging that corporate turnarounds are tougher than its most grueling spin classes, the company says total revenue fell 24%, to $964.3 million. Sales of connected fitness equipment plummeted 42%, to $594.4 million. The company’s losses worsened by 8,704% -- gulp -- to reach $757.1 million, compared to a loss of $8.6 million in the comparable period a year ago.

Those results missed expectations, and Peloton announced it would borrow $750 million in 5-year term debt. That sent its stock price, already at record lows, even lower.

A year ago, the company was valued at about $50 billion. Today, it's worth about $4 billion.

At Planet Fitness, the outlook is radically different. The Hampton, New Hampshire gym chain says that as people have begun returning to gym workouts, systemwide same store sales increased 15.9%, with membership rising to more than 16.2 million.

It would be easy to compare both sets of results and assume the obvious: As the pandemic shifts into endemic mode, more people are galloping back to gyms, lessening the appeal of home-based workouts.

But that’s a tad too pat. Overall, the pandemic resulted in Americans -- already slackers in the exercise department -- getting more slothful. Some researchers even called the slide a "pandemic within a pandemic."

Within a month of staying home in 2020, the average number of steps taken per day, for example, dropped 27%, according to research from the University of California at San Francisco. It hasn't risen much since. And sedentary behavior is worse among older people, with another study reporting that 40% of those 65 and older move less than they used to.

Even the subset of the population that became more interested in health and wellness during the pandemic may be running out of gas. Peloton’s new report said the average number of monthly workouts clocked by its connected fitness members dropped to 18.8, a decline of 28% compared to more than 26 workouts per month a year ago.

Yet total members increased to 7 million, up from 5.4 million in the comparable period a year ago. "Members are highly engaged, and our subscriber churn rate is less than 1%, which is the best I've seen," writes CEO Barry McCarthy, the former Spotify CFO who joined Peloton three months ago.

And digital app memberships grew 10% in the quarter, boosted in part by Peloton’s corporate wellness offering. "We're still known primarily as a stationary bike company," McCarthy says. "The app has never been a focal point of our marketing campaigns or growth strategy. We are in the process of rethinking how we go to market to accelerate its growth."

The company's goal is ultra-ambitious: it wants to become the world's largest connected fitness platform with 100 million members, or roughly half the world's global gym memberships.

Peloton’s also expanding its experiment with Fitness-as-a-Service, a rental program that combines the cost of connected fitness hardware and its All-Access subscription in one monthly fee.

And it just introduced a new ad campaign and brand refresh from Mother L.A., themed "Motivation That Moves You."

Despite Peloton's bashing in the stock market, it still has fans. "We are encouraged by new CEO Barry McCarthy's focused approach to improve operations and combined willingness to pursue multiple new growth initiatives," writes Jonathan Komp, an analyst who follows the company for Baird Securities. He is sticking by his current rating, predicting Peloton will outperform competitors, citing its still-rapidly growing subscription business.