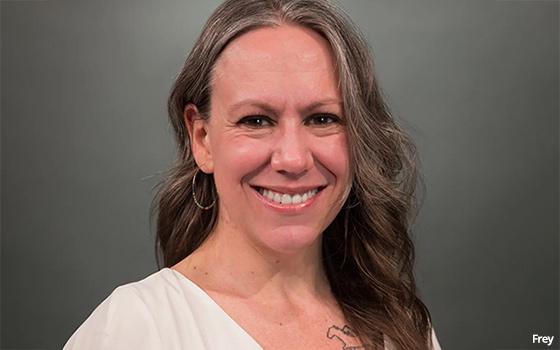 Slate, the 26-year-old veteran in online magazines, announced this week that it has named Hillary Frey editor in chief.

Frey is a veteran of several well-known media brands, including most recently serving as executive editor of HuffPost. She also held senior editorial roles at NBCnews.com, Yahoo News, Adweek, Politico, the New York Observer and others.

She’s also a creator in residence at the Craig Newmark Graduate School of Journalism at the City University of New York.

Frey replaces Jared Hohlt, who had been the editor since 2019 and stepped down in January. The Times reported that Slate has not been profitable, and has struggled to find an identity and voice in the fast-moving world of digital media—a world where the overwhelming majority of ad revenue goes to platforms like Google, Facebook and more recently, Amazon. In 2014 Slate launched a paywall in a bid to shift from advertising revenue.

Early on, Slate, which was founded by the editor Michael Kinsley, was well-regarded as a source for intellectual debate and attracting top-level editorial talent. But in recent years that reputation has grown faint, as other, newer brands have stepped up.

Slate was acquired by the Washington Post Company in 2004. That company has since been renamed Graham Holdings.
online publishing, personnel
Next story loading