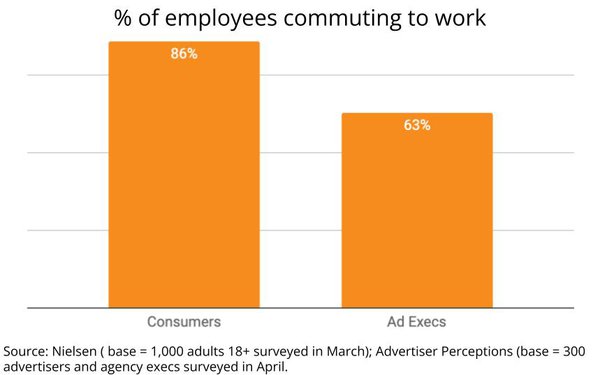 More than two years after the COVID-19 pandemic disrupted the commuting patterns, the ad industry appears to be out of touch with the reality of most Americans.

That's the findings of a study analyzing the current commuting behaviors of U.S. ad execs, as well as their perceptions of consumers, released Thursday by audio media giant Cumulus Media.

The analysis compared a Nielsen survey of American commuting behavior conducted in March with an Advertiser Perceptions study of 300 ad execs commuting habits, as well as their perceptions of average Americans.

Perhaps the most important finding of the analysis is the distortion between ad executive perceptions vs. the reality of average American commuters (see chart below).

“The average American will be exposed to billboard and radio ads more often than individuals working in marketing and at media agencies," Cumulus Executive Vice President-Marketing Suzanne Grimes noted about the media exposure implications of the analysis, adding, “Companies are navigating how and when their employees should return to the office. This first-ever look at the commuting patterns of marketing and agency personnel gives our peers a chance to understand how the industry is reacting, as well as compare those commuting habits to the average American.” 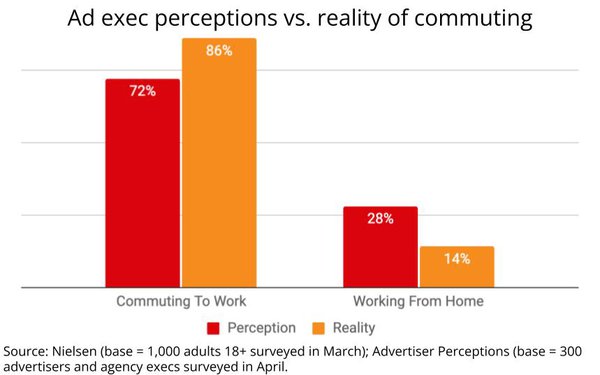