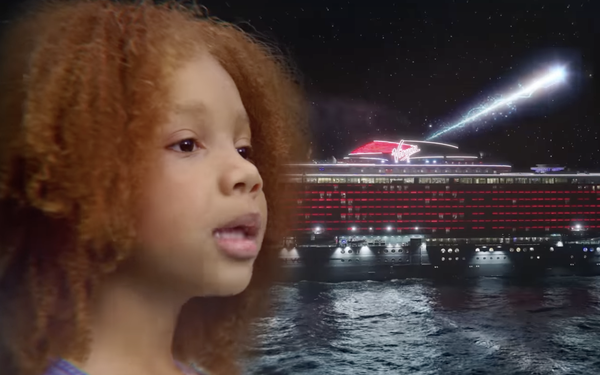 Virgin Voyages is making an unusual plea for its cruise line: Leave the kids at home.

A new campaign from Special U.S. notes that the cruises are for those 18 years or older. And in a 1980s-style music video, a bunch of kids sing about Virgin taking their parents away to enjoy gourmet food and cocktails.

The kids emphasize that they understand,  but note that the fact that they can’t participate is “bullsh—” (the last part is drowned out by a blast of the ship’s horn.

“Virgin Voyages says we can’t cruise till we’re 18,” the chorus sings, “which makes us sh-sh-shake, like we had caffeine.”

“After being cooped up with their kids over the past few years, it’s only fair that parents get what they really want: a break,” stated William Gelner, chief creative officer at Special U.S. “Virgin Voyages are adult-only, so we thought it would be fun to show the kids’ perspective on that.”