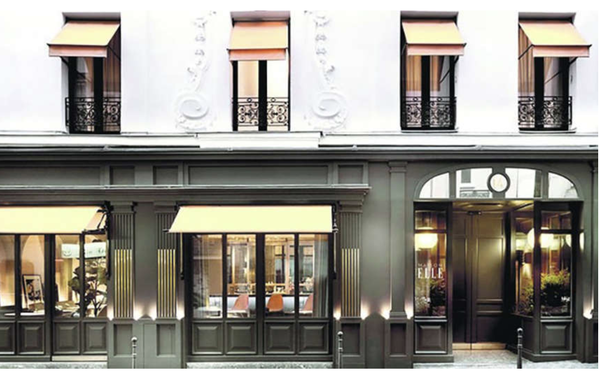 Image above of Maison Elle, Paris, by Elle Hospitality.

Elle, which is published by Paris-based Lagardère Group, will open its first Maison Elle hotel in that city this fall in partnership with hospitality group Studio V.

Pierre Donat, president of Studio V and Valotel, states that the property seeks to bring to life a brand’s “emotional connection with the consumer, through hospitality experiences and design."

The hotel will offer affordable rates and stays ranging from weekends to longer working stints, Elle says. Future Maison Elle hotels are slated for Paris and across Europe and China.

The first Elle Hotel will be opened in Jalisco, Mexico in the summer of 2023 in partnership with real-estate developer and hospitality firm ACTUR.

Elle Hospitality will celebrate women, design and craftsmanship, while conscientiously adapting to the environment and culture of each location, the publisher adds.

Having sought to expand beyond its core publishing business, Elle previously expanded into the experiential field with Elle Boutique, a group that includes Elle-branded cafés, beauty salons and spas in several  countries.