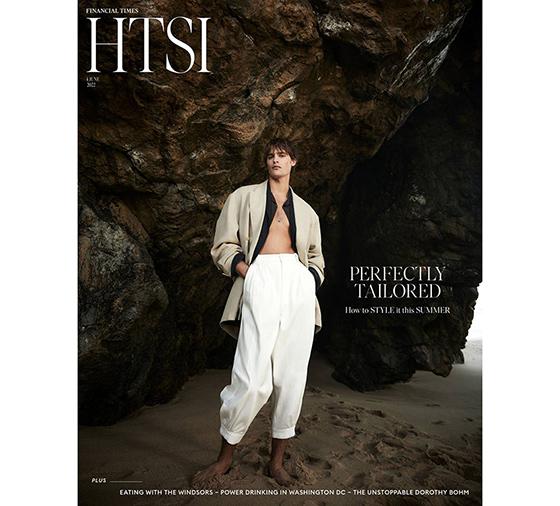 The Financial Times is rebranding its glossy magazine insert, How To Spend It, in an effort to make the title less transactional in meaning. Starting next weekend, the magazine will be called HTSI.

“We will offer new interpretations of the 's,'" beyond the word "spend," writes Editor Jo in a column posted on Sunday in the FI.

Case in point: next weekend’s cover story on menswear, shot by Bibi Borthwick, could be called “How to style it,” Ellison notes.

She adds that the inside features offer input on “how to savour it, how to sell it and how to save it. There are thoughts on how to see, serve and even swim it, too.”

The magazine, appears on most Saturdays within the Weekend Edition of FT, was started as a standalone book 28 years ago in what reportedly was an effort to serve newly wealthy or affluent consumers with lavish, guilt-free spreads on apparel, travel, jewelry, yachts and other luxury items.

“The magazine has tried to promote a slightly escapist lifestyle and embodied, I hope, the best ways in which to spend one’s time,” Ellison adds.

But “the irony with which the title was first conceived has sometimes failed to land,” Ellison admits.

This may be especially true in the era of the pandemic, inflation, the war in Ukraine. So the magazine now wants to offer something “life-affirming, enriching and diverting,” Ellison continues.

It remains to be seen if various design personalities will continue to reveal their “personal style signifiers,” and things they cannot live without.

The Guardian reports that many journalists at the FT “have an uncomfortable relationship with the luxury goods magazine,” although the ad revenue it produces supports other parts of The FT.

It adds that  a reporter for the Independent found a “‘well-thumbed copy’ of the magazine in a coffee table in a compound that once belonged to the Libyan dictator Col Muammar Gaddafi.”

magazines, publishing, rebranding
1 comment about "The 'FT''s Lux Glossy, 'How To Spend It,' Rebrands As 'HTSI'".
Check to receive email when comments are posted.
Next story loading