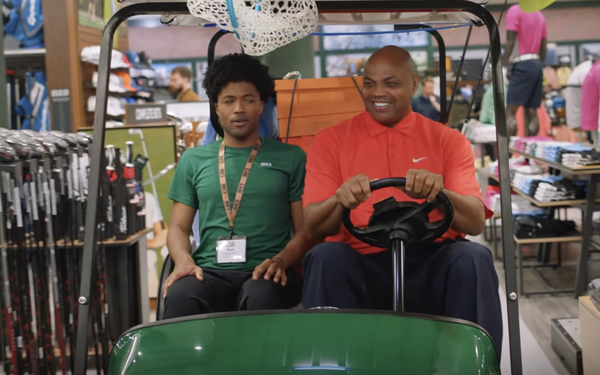 NBA great Charles Barkley is 59 and acts the part in a new spot for Dick’s Sporting Goods.

In the ad, via VMLY&R, Barkley is tooling around a Dick’s store in a golf cart, when he meets his friend Nick. Barkley then tells Nick that he needs to add to his cart for Father’s Day. Nick says it’s a different type of cart than Barkley was thinking of. Unfazed, Barkley tells him to get in the cart.

For the rest of the ad, Barkley and Nick ride around the store as Barkley makes stops for golf clubs, coolers, shoes, kayaks and pretty much everything else in the store.

Barkley previously starred in ads for the retailer that promoted its online sales. This time, Barkley makes jokes about “going clubbing” (as in golf), which he explains away by reminding Nick that it’s Father’s Day.