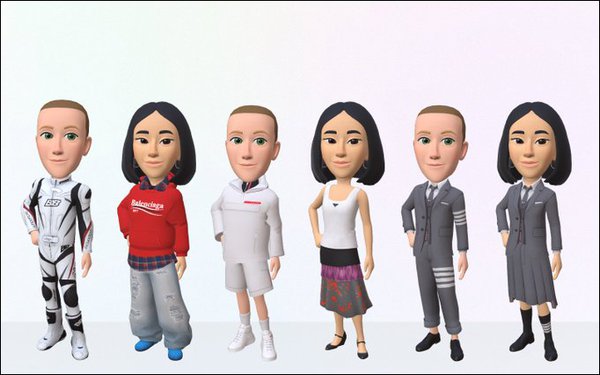 Meta CEO Mark Zuckerberg Friday announced the company is diversifying into the designer clothing business, albeit in the metaverse. The aptly named “Meta Avatars Store,” which caters to users looking to accessorize their avatars with virtual apparel, will launch on Facebook, Instagram and Messenger.

“Digital goods will be an important way to express yourself in the metaverse and a big driver of the creative economy,” Zuckerberg writes in a Facebook post. “I’m excited to add more brands and bring this to VR soon.”

Brands involved in the venture include luxury ones, such as Balenciaga, Prada, and Thom Browne.

Pricing hasn’t yet been specified for these new avatar outfitting options, but Meta’s previous clothing options will remain free to wear.

In a conversation with Instagram’s Vice President of Fashion Partnerships Eva Chen, Zuckerberg stated Meta plans to make the avatar store an open marketplace in which developers can create and sell digital clothing.

Fashion, in particular, has been a fast-adapting industry to the metaverse.

Many brands have created their own metaverse stores and experiences, including Gucci which launched its own metaverse in online gaming platform Roblox, receiving 20 million visitors last year.

Most notably, however, is how much money is being generated from the selling of virtual/digital fashion, otherwise known as “skins.”

In an episode of McKinsey’s “At The Edge” podcast from March, metaverse expert Matthew Ball said that aside from non-fungible tokens (NFTs), there was “$60 billion to $70 billion spent purely on cosmetic, nonfunctional virtual goods.”

Ball added that the immensely popular video game Fortnite, had sold more in virtual apparel in the past four years than some luxury brands.

The “Meta Avatars Store” will roll out this week in the U.S., Canada, Thailand, and Mexico. The company plans to introduce new brands to the store soon.