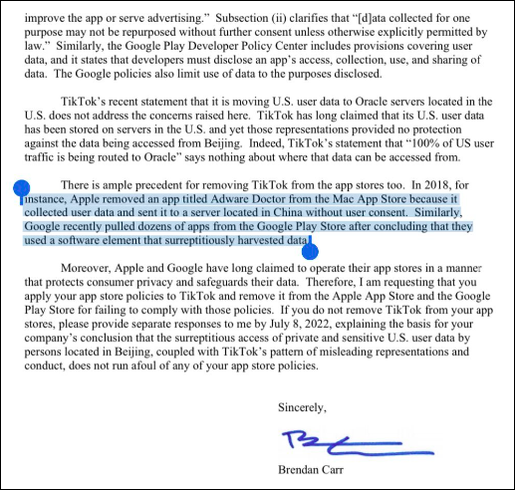 Apple and Google have received letters from Federal Communications Commissioners Brendan Carr asking them to remove TikTok from their app stores due to its "pattern of surreptitious data practices."

Specifically, the commissioner cited that TikTok's app collects user data and sends it to a "server located in China without user consent," and noted that Google recently pulled dozens of other apps from its Play Store after "concluding that they used a software element" to harvest user data.

It wasn't clear whether Carr's request was part of a broader FCC mandate, but in a series of tweets over the past 24 hours, the commissioner alleged that the practices of TikTok, which is owned by China's ByteDance, represent potential security threats.