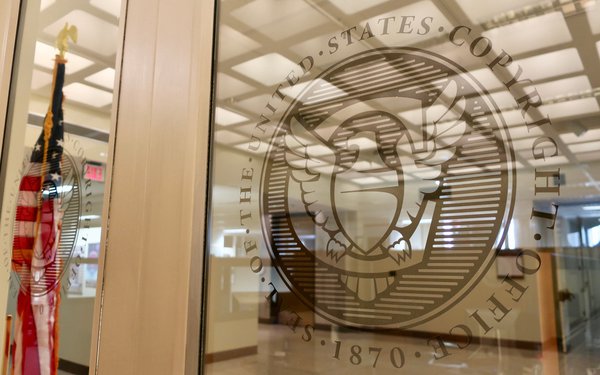 The Copyright Office on Thursday declined to endorse the idea that online aggregators should be required to pay news publishers for displaying snippets of their articles.

“The office does not recommend adopting additional copyright-like rights for press publishers in the United States,” Shira Perlmutter, director of the office, said in a letter to lawmakers.

“We have concluded that ancillary copyright protections have not been shown to be necessary in light of publishers' existing rights, and would likely be ineffective so long as publishers depend on news aggregators for discoverability,” Perlmutter added. “Moreover, to the extent that any ancillary copyright protections would lack traditional copyright limitations and exceptions, they would raise significant policy and Constitutional concerns.”

The letter, along with a 59-page report, was sent in response to a request by Senator Thom Tillis (R-North Carolina) and other lawmakers who asked the Copyright Office to study the viability of adopting a European-style "link tax" regime requiring online aggregators to pay publishers for excerpts.

The News Media Alliance, which represents many of the country's largest newspapers, argued that aggregators can infringe copyright by displaying portions of news stories online.

“News aggregators use publishers' creative content including ledes or other excerpts, photographs and headlines, to communicate expression of the essence of stories to the public and to keep users captive within their platforms,” the group wrote in comments filed with the Copyright Office.

The organization also blamed web companies for the well-documented drop in newspaper revenues in the last 15 years, writing that online platforms were “devaluing” journalism.

The digital rights group Electronic Frontier Foundation, which opposed the idea that web companies should pay publishers for snippets, countered in a filing with the agency that the newspaper industry's economic problems stemmed from "monopolist advertising networks," not aggregators.

“Even though news aggregation services and monopolist advertising networks can be operated by the same companies -- as in the case of Facebook and Google -- conflating the two ultimately does not serve the best interests of the news media,” the group wrote.

The Electronic Frontier Foundation added that aggregation services benefit journalists as well as the public.

“Aggregation can spread the work of journalists to those who would not have had access to it when it existed only in physical form,” the organization wrote.

“And journalists use aggregation services themselves, either to amplify, iterate on, or debunk stories.”

The digital rights group added that the concept of fair use -- which stems from the First Amendment -- protects aggregators' ability to display excerpts of news articles.

In one high profile example of fair use, the 2nd Circuit Court of Appeals said Google's book-scanning project -- which involves digitizing books and displaying snippets in the search results -- didn't infringe copyright. The judges in that case said Google's copying was "transformative," its display of text was limited, and the material posted doesn't harm the market for the originals.

The Copyright Office said in its report that requiring aggregators to pay publishers for snippets would probably result in a challenge on First Amendment grounds, but didn't take a position on whether the challenge would succeed.