Subscription Conversions Depend on Device, Other Factors: Study 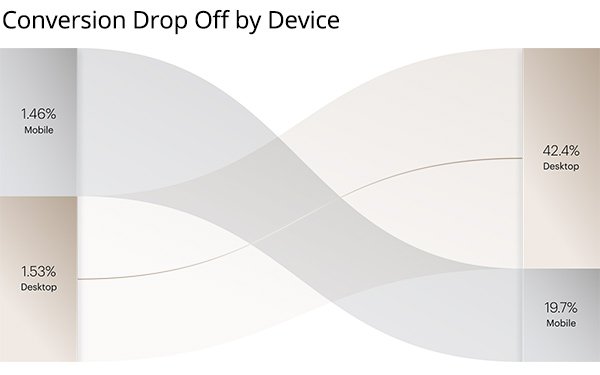 One reason: “Mobile users are much more likely to abandon checkout at the first sign of friction,” the study states.

In another finding, Piano determined that registration boosts conversions by 45x. Many users will move to paid within 24 hours of registration. But over 40% do so after the first month.

Publishers using registration as a sampling or trial strategy have access to a larger pool of registered users, but a lower paid conversion rate, the study adds. Still, that rate is 10 to 15X higher than that of unknown visitors.

“Simply having a user’s email address doesn’t mean they’ll automatically convert,” the study notes. “On average, approximately 3% of registered users convert to a paid subscription within a year of registration. But the best-performing sites can have over 12% conversion and the worst performers a little over 0.5%.”

Another factor is channel usage: “The more channels a visitor is referred from, the higher the conversion rate,” the study continues. These prospects convert at a 10X higher rate that a person who comes through only one channel, and they are more loyal.

In general, nearly 30% of subscription conversions occur after 10 active days. But over 40% of conversions happen on the first day of engagement in year two.

At the same time, nearly one-third of all active churn happens in the first 24 hours. “Whether they’ve signed up to access a single piece of content or find that the paid experience you’re offering isn’t what they’d hoped for, new subscribers are at a high risk of leaving,” the study notes.

The analysis is based on data from publishers with more than 140 billion collective pageviews per month.