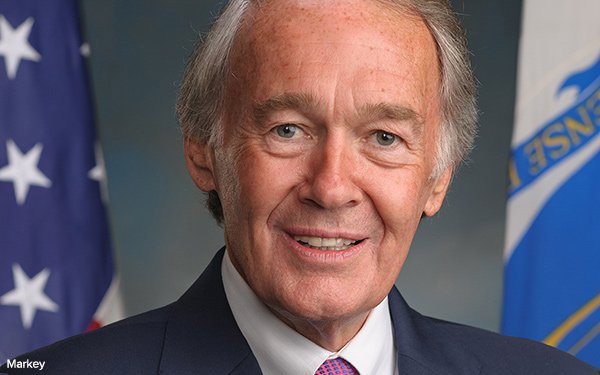 Two Senate Democrats reportedly plan to introduce legislation that would reinstate a key component of the Obama-era net neutrality rules.

The proposed Net Neutrality and Broadband Justice Act, which is expected to be unveiled by Senators Ed Markey (D-Massachusetts) and Ron Wyden (D-Oregon), would classify broadband as a utility service, according to The Washington Post, which first reported on the bill. The measure is likely to be introduced in the next two weeks, the Post reported.

If broadband access were treated as a utility service, regulated under Title II of the Communications Act, the Federal Communications Commission could issue the same kind of common carrier rules that have long applied to telephone companies.

In 2015, the Obama-era FCC made that reclassification on its own and imposed some regulations on broadband carriers -- including prohibitions on blocking or throttling traffic, and on charging higher fees for prioritized delivery. The Title II classification empowered the FCC to also set rates, but the agency declined to do so.

Current agency head Jessica Rosenworcel has indicated she wants to reinstate the Obama-era rules, but as a practical matter is unable to do so given that agency is politically deadlocked, with two Democratic commissioners and two Republicans.

Last year, President Joe Biden nominated Gigi Sohn to serve as the fifth commissioner, but the Senate hasn't yet voted on her appointment.

“The pandemic has shown how absolutely crucial internet access is, and this bill gives Congress the opportunity to catch up with that reality,” Free Press Action vice pesident of policy Matt Wood said Monday in a statement. “Congress should pass the Net Neutrality and Broadband Justice Act and confirm Gigi Sohn to the FCC without further delay.”

Proponents of net neutrality rules have argued they're needed to prevent carriers from restricting subscribers' access to streaming video, search engines and other online services and content.

The industry lobbying group US Telecom said any net neutrality legislation “must not be a backdoor for government to regulate prices and degrade the consumer internet experience.”

The group added: “Any potential government effort to regulate prices under the cover of net neutrality would hurt consumers, slow investment and stifle competition.”

After the FCC repealed the national net-neutrality regulations, several states including California and Vermont moved to reinstate the rules on a statewide basis.

The broadband industry sued over those efforts in California and Vermont. The lawsuit in Vermont is still pending, but a federal trial judge and appellate court upheld California's rules.