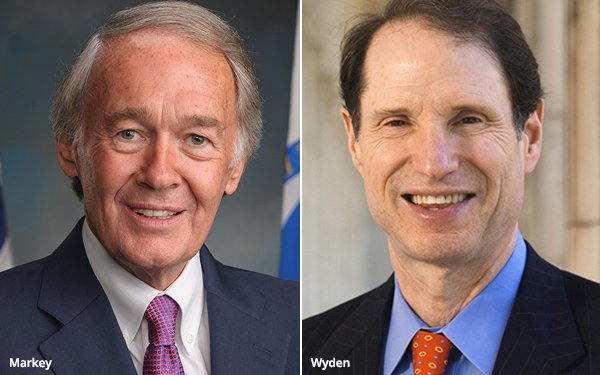 Democratic lawmakers on Thursday introduced legislation to reinstate the lynchpin of the former net neutrality rules, which were passed during the Obama administration and prohibited carriers from blocking traffic due to its content.

The proposed Net Neutrality and Broadband Justice Act, unveiled by Senators Ed Markey (D-Massachusetts) and Ron Wyden (D-Oregon) and Representative Doris Matsui (D-California), would classify broadband internet access as a utility service. That designation would unambiguously empower the Federal Communications Commission to require broadband providers to follow some of the same common carrier rules that have long applied to telephone companies -- including prohibitions against blocking or throttling traffic, and charging more for prioritized delivery.

FCC Chair Jessica Rosenworcel, a longtime supporter of net neutrality, expressed support for the bill -- though also indicated the FCC could impose open internet rules regardless.

“While I trust the FCC has the authority it needs to adopt net neutrality rules, legislation that helps ensure it is the law of the land is welcome,” she stated Thursday.

The advocacy group Free Press agreed. That group stated that it supports the proposed bill, but added that the FCC already can reclassify broadband as a utility.

In fact, in 2015 the FCC voted to designate broadband access a utility service and to impose rules prohibiting carriers from blocking or throttling traffic, and from charging higher fees for prioritized delivery.

That utility service classification also allowed the FCC to impose privacy rules on carriers. The agency moved forward with those rules in 2016, when it voted to require broadband carriers to obtain subscribers' explicit consent before drawing on their web browsing behavior for ad purposes.

The following year, a GOP dominated Congress revoked those privacy rules, and a Republican controlled FCC rescinded the decision to classify broadband as a utility, as well as the prohibitions on blocking or throttling traffic and paid prioritization.

Former agency head Ajit Pai, who shepherded the repeal, called the prior rules “heavy handed.” But proponents say net neutrality rules are needed to prevent carriers from interfering with traffic -- such as by censoring sites for political reasons, or hindering consumers' ability to access streaming video.

While the FCC may already have the authority to restore net neutrality, it doesn't have the votes. The agency is politically deadlocked, with two Democratic commissioners and two Republicans, because the Senate has failed to confirm President Joe Biden's pick for the fifth spot, ardent net neutrality proponent Gigi Sohn.

She has drawn the support of numerous groups that support net neutrality, as well as from people who don't necessarily share those views -- such as former Fox executive and industry lobbyist Preston Padden.

Net neutrality opponents have also objected to Sohn's nomination -- largely for questionable reasons. For instance, some opponents have said she would like to “censor” Fox News, despite her record as a strident First Amendment champion.

Still, the fact remains that the Senate hasn't approved her nomination -- even though doing so would virtually guarantee that the FCC would pass net neutrality rules. Given that failure, it seems unlikely this new bill will gain much traction.