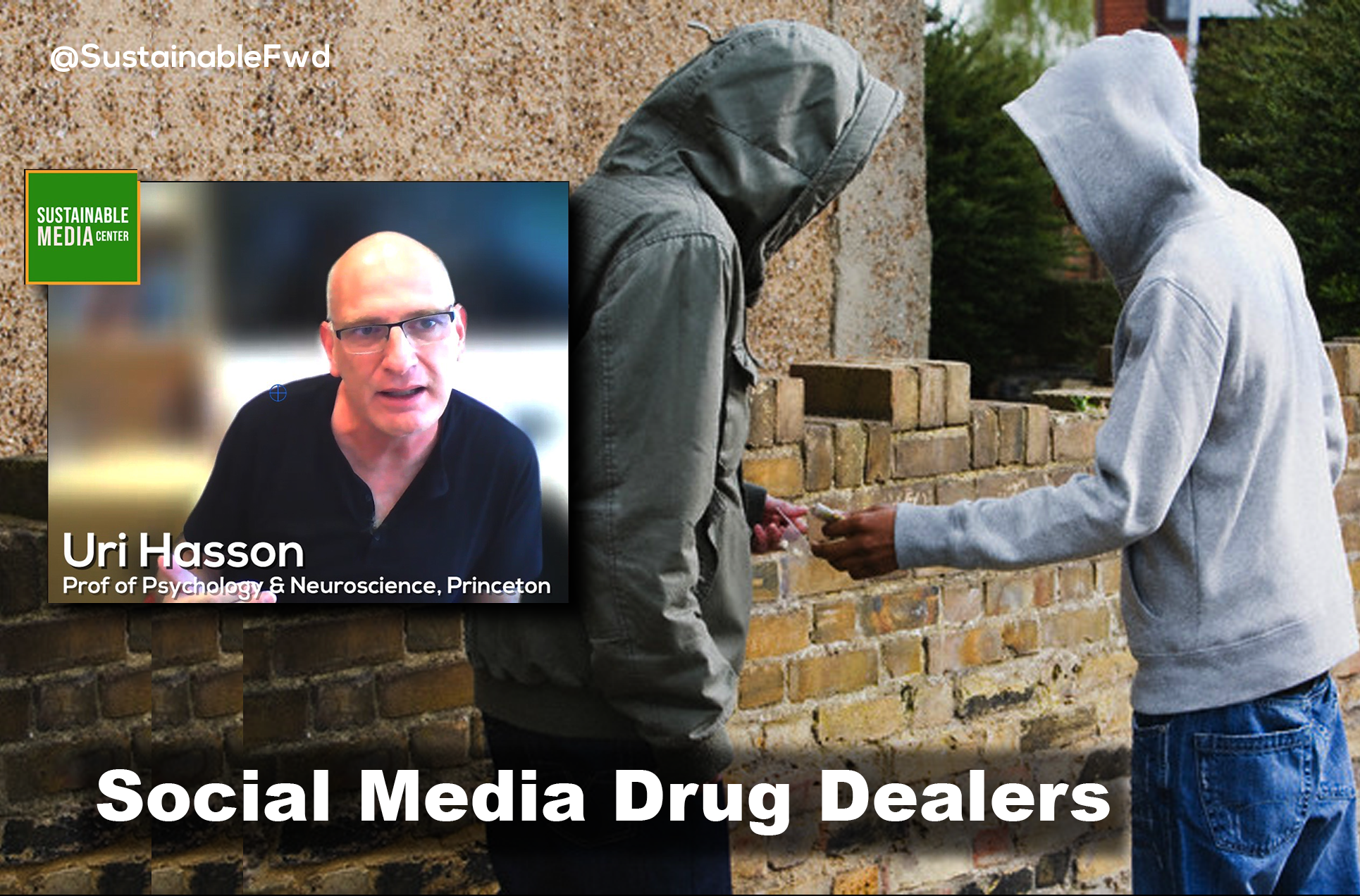 The first time I spoke to Uri Hasson, I thought I’d misheard him. “They are drug dealers,” he said. We were speaking about social media platforms, and his statement was so startling, that I was taken aback. “You mean, drug dealers use their platforms?”

But he hadn’t misspoken. Social media is an addictive drug, and the platforms that peddle them are drug dealers, explained Hasson with absolute certainty. So, who is Hasson, and what credentials does he have to make such a troubling proclamation?

Hasson is a professor of psychology and neuroscience at Princeton. The Hasson Lab (https://www.hassonlab.com/) studies the brain's responses to natural real-life events. He has a Ph.D. in neurobiology and has been running experiments on how the brain receives and reacts to real-world inputs. He’s been studying how storytelling can influence and even direct behavior, using fMRI recordings to track brain activity. Hasson is not a futurist or a theorist -- he’s a scientist, and his work is deeply rooted in research. So when he uses a word like addiction, he’s not using it in the colloquial term, he means addiction as a medical condition.

For Hasson, the dangers of social media’s addiction drive extremism, nothing less.

“Amplification is like a drug dealer. This basically pushes people to the extreme, because now you are only fed what you want, but it's amplified and amplified,” says Hasson in a Sustainable Media Center video.  “You become more and more extreme because you heard it not like five times -- it’s more like 1,000 or 10,000 times.  It doesn't matter if you want to hear liberal content or right-wing content, there is no difference.... Regardless of whether this is reasonable content or if this is going to destroy your mind, you will get fed it” Hasson warns us.

The change in social became evident six years ago, he says.

“Let's go back to 2016 when Trump was elected” explains Hasson in another video. “They started to talk about that side influencing the election via fake news on Facebook. It was really new to most people.  I think now -- six years later -- we're in a different position.”

How is it if we know that social media is addictive, and that the platforms are essentially doing nothing other than amplifying fear and hate? Hasson says the nature of being a drug dealer is, you have to keep your customers hooked on the drug you’re peddling.  "You have to be more and more extreme to keep users engaging with the platform" explains Hasson. “So we know that once you start to be addicted, you need higher and higher dose to get the same effect.... And the same is happening with news -- once you hear someone [once], the next clip has to be slightly more extreme for you to remain engaged. And this is something the machine is discovering about ourselves. The machine [the algorithm] discovered that if they want you to spend one more minute on the platform, they need to show you a slightly more extreme version of what you saw before."

The natural next question is, if you’ve found with certainty that social media is addictive, what do you do to get users off the digital drug of choice? Again, Hasson has a definitive solution.  “You have to stop the feed,” he says, referring to the algorithmic feed that is programmed to amplify and recycle your deepest, darkest fears and conflicted subjects. “If you stop the feed, you'll remove the drug dealer dynamic. But they will never stop the feed, because this is the revenue the platforms rely on.”

For Hasson, there’s a clear line between fact-checked and ethical news content, and what he calls “irresponsible amplification.” As an example, he turns to the continued drumbeat that the 2020 election was somehow stolen.  He says the platforms trafficked in propaganda when they rebroadcast that the election was stolen, and rebroadcast it over and over again, with what he calls “zero evidence.” He continues: “We all know that it's fake, but they still amplify... You have to be more and more extreme to keep users engaging with the platform."