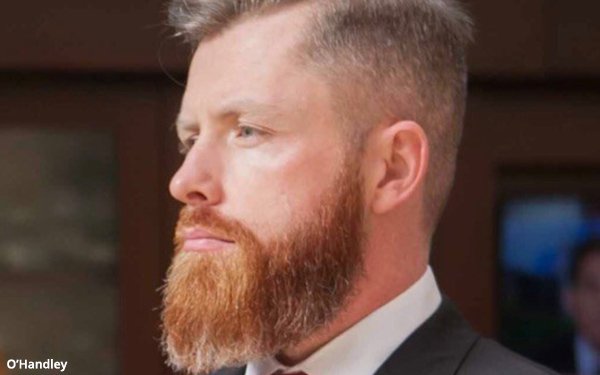 The digital rights group Electronic Frontier Foundation is backing Twitter in its battle with prominent conservative Rogan O'Handley, who is attempting to revive a free speech lawsuit against the company over his account ban.

O'Handley, who goes by “dc_draino” on social media, claimed in a lawsuit that Twitter violated the First Amendment by permanently suspending his account due to his tweets regarding the 2020 presidential election.

O'Handley recently appealed that decision to the 9th Circuit Court of Appeals, where he argued that Twitter should be considered a “state actor” -- meaning equivalent to the government -- on the theory that Twitter only took action regarding O'Handley's account after a California official complained about it.

O'Handley specifically focuses on Twitter's decision to add a disclaimer to his November 12, 2020 tweet, which claimed “election fraud is rampant nationwide and we all know California is one of the culprits.”

Twitter added that disclaimer until after receiving a complaint by a California official. The company didn't ban O'Handley's account until February of 2021, after he posted additional tweets about the election.

The digital rights group Electronic Frontier Foundation is urging the appellate court to reject O'Handley's attempt to revive claims against Twitter, arguing that his allegations, even if proven true, wouldn't show that the government was controlling Twitter's decisions.

“Twitter’s editorial decisions ... were ultimately its own without any additional alleged acts of the government,” the digital rights group writes in a friend-of-the-court brief filed Monday with the 9th Circuit.

“The editorial process of social media services, like other publishers, involves both the development of an editorial policy and then the enforcement of that policy as to specific content,” the organization writes. “A social media service cannot be liable as a state actor unless the government seizes control of each of those steps.”

At the same time, the organization argues that a social media company could in limited circumstances be considered a “state actor” -- but only in a very narrow category of situations that involve the platform willingly allowing its editorial policy to be replaced by a governmental policy.

“A private company is not transformed into a state actor, and thus constitutionally compelled to disseminate third-party speech that it considers harmful, merely because a government official suggests to that company that someone is potentially violating the company’s own, independently formulated rules,” the tech company argued.

O'Handley is expected to respond to the arguments next month.