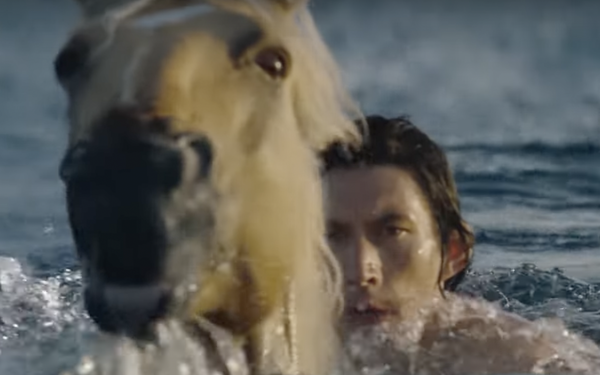 Adam Driver horses around in his latest ad for Burberry.

The actor, who dropped an ad for the brand last year at this time, is back again in an ad for Hero Eau de Pafrum. Once again, Driver is shirtless and running around on a beach with a horse.

The ad shows Driver sprinting on a beach into the water. Then he’s swimming—with a horse. Next, his underwater silhouette and the horse’s are interspersed, and the last image of the ad is what looks like a centaur, with Driver as the head of the horse’s body.

The ad is scored to FKA Twigs’ “Two Weeks,” which adds to its ethereal quality.