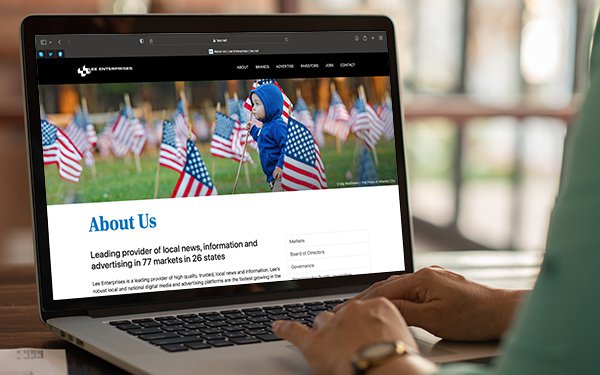 Digital revenue grew by 27% to $61 million. Included in that were $11 million in digital subscription sales, up 44%, and $48 million in advertising/marketing services, up 28%. Digital ad sales of $46 million accounted for 51% of total advertising revenue.

Like other publishers, Lee has faced pressures caused by COVID-19 and the economy, plus higher newsprint and other commodity costs.

Operating expenses rose by 10% to $190 million the quarter. The company has pursued cost reductions across the entire organization, with print seeing significant cutting, primarily in distribution. Still, the company is investing in local content generation.

Lee, deemed a juicy acquisition candidate by Alden Global Capital (an attempt the firm has opposed), now has 501,000 digital-only subscribers, exceeding its earlier guidance of 495,000.