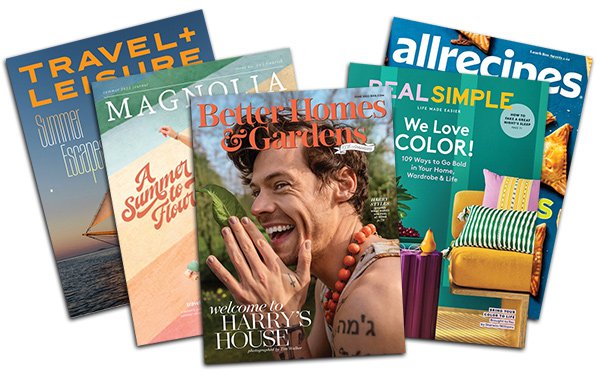 Dotdash Meredith achieved 568% revenue growth in Q2 YoY to $489.5 million, despite a rapid pullback in ad spend in the retail, CPG and food sectors.

Digital revenue for Dotdash Meredith totaled $235 million and print revenue $260 million, no doubt reflecting Meredith's introduction to the company.  But there was an operating loss of $28 million, signaling, in part, restructuring charges and transaction-related items associated with the acquisition by IAC.

The publisher’s properties experienced a 20% lift in Prime Day affiliate commerce revenue over the that of Prime Day in June 2021, IAC said in a letter to shareholders.

Within Dotdash Meredith, the Home and Financial sites have seen 20% year-over-year declines in traffic recently, while Travel, Entertainment and Beauty realized 10% traffic growth.

“The original Meredith digital properties have the latent potential we expected, unleashed with faster sites, fewer ads, and better content, and the cost structure offered more savings than forecasted,” the shareholder’s letter continues.

It adds, “We’re not overly vexed by the near-term cyclicality of ad sales if we can start to grow audience, and recent delays in our digital migration due to hiring and technical challenges put us behind schedule but haven’t taken us off the path.”

IAC had hoped to have migrated all Meredith properties to the Dotdash platform, Health.com.

The company concedes that “the audience lift with these migrations takes time to develop but our history here has been consistent with meaningful traffic appreciation over time.”

It continues, “We had hoped to have nearly all the Meredith properties migrated by this point, but we’ll finish in Q3 and the benefits will show up more in 2023 than 2022.”

Meanwhile, the Meredith print portfolio did better than expected, with ad revenue on its remaining titles up 3% YoY.

“We still need to add more rigor to the sales process across the organization, but we’ve already taken big strides organizationally, and we now have a seat at the adults’ table for digital ad sales,” the company adds.

It concludes, “The last two months’ trends make 15%-20% year-over-year digital revenue growth unlikely by the end of the year given the softness in premium advertising, so we still have work to do once we turn growth around.”

Within the IAC portfolio, Dotdash Meredith is second only to internet services company Angi Inc., which reported quarterly revenue of $515.8 million. However, Angi experienced lower growth—23%.

In another development, the parent company is changing its legal name to IAC, effective Thursday.