Instagram Is Having An Existential Crisis: What Should It Do Now? 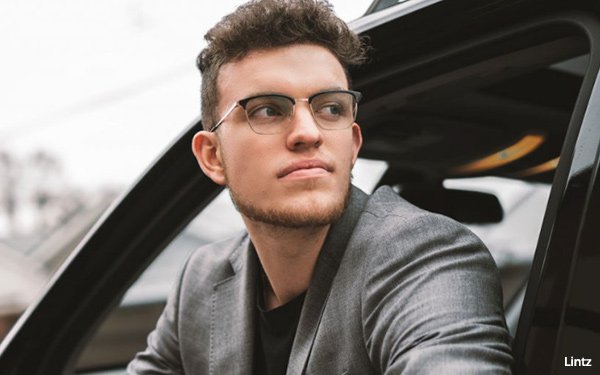 I’m sure you’ve heard: Instagram wants to be TikTok.

Sorry, I should say that Instagram wants to bury TikTok somewhere deep in the earth, never to be heard from again.

But for now, as TikTok continues to grow and thrive, Instagram has found no other choice but to compete via the only way it knows how: the copycat method.

News about the popular photo-sharing social platform’s budding identity crisis has been percolating for quite some time now, ever since it introduced Reels, and its algorithm changed to recommend entertaining posts from influencers.

Complaints swelled over into the mainstream at the end of July when stars like Kim Kardashian and Chrissy Teagon spoke out against Insta’s newest and most extreme turn to short-form videos.

Face of Instagram Adam Mosseri posted a response video announcing the rollback of these features, saying “we need to take a big step back, regroup, and figure out how we want to move forward.”

To help me make sense of the awkward pause of one of the most popular social media platforms in history, I spoke with Luke Lintz, CEO of digital marketing company Highkey Enterprises. Lintz’ company made headlines for their branded giveaways on Instagram with massive stars like Rick Ross, Kevin Hart, and Snoop Dogg.

This interview has been edited for clarity and length.

Social Media Insider: What do you think about Instagram’s wannabe TikTok features?

Luke Lintz: It's a trend that [Facebook, now Meta] has. They basically work to acquire a company, and if they can't acquire the company they implement something within their platform to compete with the company. It happened back in 2013 when they made a $3 billion offer to Snapchat and Snapchat turned it down.

Then, four years later, in 2017, we saw Instagram Stories, which clicked with the entire audience because Instagram was the hottest thing back then. TikTok was still Musical.ly. There was really no other competition.

Zuckerberg was interested in buying Musical.ly in 2016, and now we're seeing that Meta's implementing new features into Instagram to try and compete with TikTok, but Instagram is at a steady decline.

It's a big-time crisis point where Instagram has more media than ever being published on their platform, less viewership than ever, and they have the biggest people on their platform calling them out about making Instagram great again, like Kim Kardashian. I don't think they'll be able to turn it around.

Social Media Insider: Why not?

Instagram will age up with people currently in their 20s, 30s and 40s. And TikTok is the dominator for the young kids and teens, but with TikTok we're also seeing older users as well. We're able to use TikTok to market to people who are 30, 40, and 50 years old.

Social Media Insider: How does your company use TikTok as a marketing tool for clients?

Lintz: Here’s the major difference between TikTok and Instagram. We use TikTok more for natural engagement for our clients because the natural viewership and user base is there, but the problem is that the platform isn't established for a business's landing page––it's not favoring them.

You never see anybody going on the comments section, meeting each other, or using their TikTok as a business card.

But people will use their Instagram as a business card. Instagram hasn't gone away as a focal point for a business's main social media platform. But its user numbers are steadily decreasing, and its compensation programs are horrible.

People are making tons of money on TikTok Live through its donations feature; we have some clients with over 500,000 followers on TikTok who go live for an hour and make $1,000 in donations.

Social Media Insider: Is Instagram having an identity crisis? If so, how will its user base respond?

Lintz:  When Instagram started back in 2010, its claim to fame was a picture-based social media platform.

But over the past four years, every other social media platform has become so video-dominant that Instagram was forced into it, implementing IG Stories, IGTV, IG Reels. All of those features have become the main focal point, while the photo sharing aspect is actually what I believe still sets it apart.

So, yes, I think they’re having an identity crisis.

Social Media Insider: Is there any way for Instagram to grow with a younger user base? Or has the opportunity passed?

Lintz: Instagram missed its opportunity. Meta is such a conglomeration of a company that it will make its future moves solely by acquiring other companies. Either there will be a massive merger with TikTok, which I don't foresee due to ByteDance's roots in China, or a new platform will come up that will compete with TikTok and Meta will buy it.

If Instagram changes its platform even more to compete with TikTok, the whole platform will collapse. And I don't think they'll do that, so it will age up with its current audience.

Social Media Insider: Do you think users are leaving Instagram for TikTok?

Lintz: Since the COVID pandemic, people are spending more time than ever on their phones consuming content. I think Instagram's viewership numbers have stayed relatively the same over the past three years, but the extra user base that came with COVID went over to TikTok.

Social Media Insider: As a brand running ads on Instagram, what would I want to see the platform do next?

Lintz: You would want to see Instagram go back to its core values, making sure its current audience is as happy as possible.

They're trying to win the whole pie when they should just stay focused on what's still more than half the pie. They're too concerned about winning all viewership and eating TikTok's lunch. They should instead be focused on the people still using the platform.