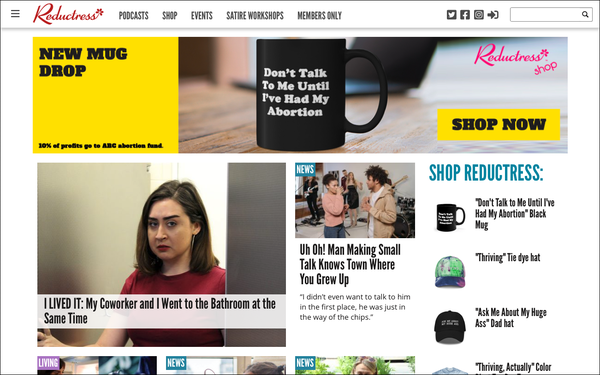 Phenomenal Media, a media company that serves women and underrepresented voices, has acquired Reductress, a satirical women’s digital magazine. Terms were not disclosed.

Founded in 2013, Reductress assigned itself the task of challenging the condescending tone found in women’s media and marketing. It also sought to highlight women and marginalized writers in the entertainment industry.

Several of its former staffers have gone on to write for "Saturday Night Live," "The Tonight Show With Jimmy Fallon," and " Frontal With Samantha Bee.

The magazine, led by Editor in Chief Sarah Pappalardo, will publish a book in May 2023: "How to Stay Productive While The World Is Ending" (Andrews McMeel).

Phenomenal, founded by Meena Harris in 2017, serves as a content and entertainment company, consumer brand, and creative agency, focusing on women and excluded communities.

The firm has launched the Phenomenal Book Club, and expanded into entertainment, with projects in development across film, TV, and theatre. Its brand partnerships include Netflix's "Bridgerton" and Prime Video's "The Summer I Turned Pretty.”

With the Reductress purchase, Phenomenal says it will continue to support “bold comedic talent” across digital content, entertainment, and live events.