Naomi Osaka Carries A Purse On The Tennis Court 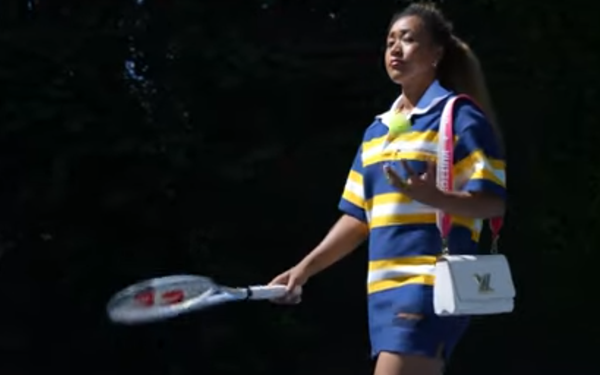 Tennis star Naomi Osaka cavorts around the court and elsewhere in a new ad for Louis Vuitton.

Osaka is shown first on the court and then by a pool wearing Vuitton’s outfits and carrying Vuitton’s handbag with the signature twist V. The ad comes after Osaka was named Louis Vuitton’s brand ambassador earlier this year. That marked the first time that Vuitton has tapped a professional athlete for an ambassador role.

Osaka has also partnered with Levi’s, Adeam, Comme des Garcons, Strathberry and others.

The push comes as Osaka has pulled out of the Canadian Open with a back injury.