TikTok: Counting Down To The End Of Google's Search Dominance? 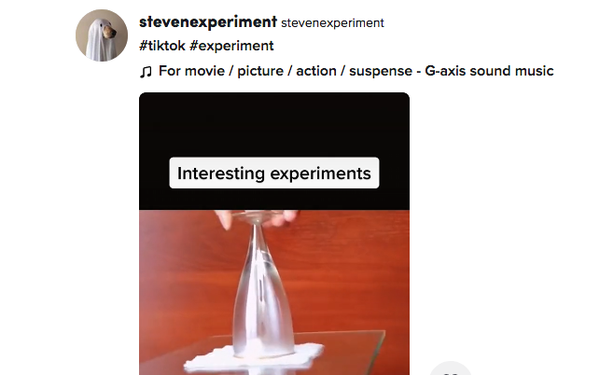 For about 20 years, there has been one go-to search engine for the Internet -- but for Gen Z users, that may be changing. In a recent discussion about search, Prabhakar Raghavan, the Google senior vice president who runs its Knowledge & Information organization, said that younger users are tapping Instagram and TikTok rather than Google.

“We keep learning, over and over again, that new internet users don’t have the expectations and the mindset that we have become accustomed to.” Raghavan said during during Fortune’s Brainstorm Tech conference adding, “the queries they ask are completely different.”

Raghavan said that about 40% of young people use TikTok or Instagram rather than Google.

At the moment, Google shouldn’t be too worried. It has about 87% of the search engine market right now, but the old paradigm of typing a query into Google may be at risk.

For instance, Raghavan noted that voice drives 30% of all queries, especially by younger users.

That report also noted how “small- and medium-sized businesses are using short videos as next-generation advertisements.” The searching patterns make intuitive sense. If you want to see if there’s “a good restaurant near me,” what’s more compelling, reviews or actual video from those restaurants? Doing a TikTok search is a quick way of picking a real possibility near you while taking much of the guesswork out of it.

For brands, the impetus right now should be to establish a presence on TikTok or they might be invisible to a young demographic. But that’s exactly what many brands are doing. A recent analysis by Invideo found that 50% of top brands had no TikTok presence. Those brands include Google, Facebook (Meta), YouTube and Ikea.

If younger users search in new and different ways, then brands should capitalize on that, rather than sitting it out.