On Brands' Need To Stay Authentic 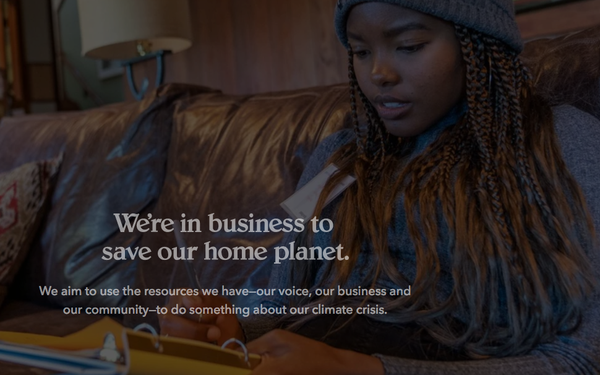 Authenticity is a large part of marketing success. A brand like Coca-Cola attributes much of its appeal to the fact that it was formulated in 1886 and that it always tastes the same.

Google’s authenticity lies in its ability to let you find what you’re looking for with as few steps as possible. Yet authenticity isn’t usually measured among marketing variables like customer acquisition cost, net promoter score or conversion rate.

In its recent Meaningful Brands survey, Havas found that respondents said they wouldn’t care if 75% of brands disappeared, while 71% of people were tired of brands’ empty promises.

On a basic level, authenticity isn’t so much about staying true to your roots as communicating clearly. In a recent study by The Org, 80% of millennials said that their work life would be better if companies were more transparent.

An example of a brand practicing authenticity is Patagonia. The clothing brand has a mission statement that commits it to “Building the best product, causing no unnecessary harm, using business to inspire and implement solutions to the environmental crisis.”

To back up its mission statement, Patagonia invests in renewable energy, gives a monetary incentive to employees to carpool to work, and donates 1% of its sales to grassroots environmental groups around the world. In addition, Patagonia has a program called Worn Wear that lets its customers buy and sell used Patagonia items and gives them tips on how to make such items last.

In a time in which consumers are increasingly apathetic to brands, Patagonia’s commitment to being authentic is apparently paying off. In 2021, Patagonia’s revenues were $1 billion,  and that year it topped the Axios Harris Poll 100 reputation rankings.