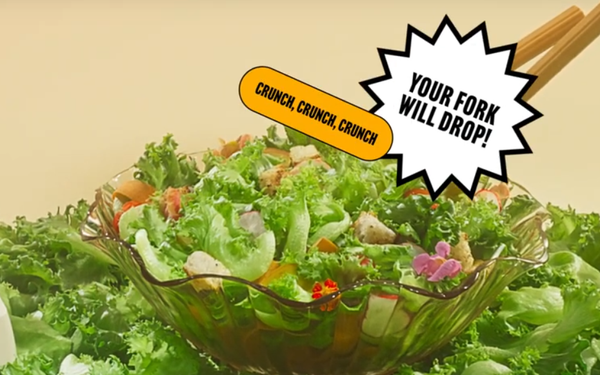 In the first brand campaign for indoor-grown Little Leaf Farms lettuce, the produce is touted not by the company, but by voicemail “tastemonials” from consumers.

They’re heard in five 15-second spots from the GYK Antler agency that launched this week and will be accompanied by out-of-home ads and streaming audio on Spotify for the Devens, Massachusetts-based hydroponic farming company.

“We looked at all the assets that we have in building a creative campaign -- and one of the things that was sitting right in front of us were these amazing love letters that we get from our consumers,” Hardie tells Marketing Daily.

“We get a steady stream of daily fan mail from consumers telling us how much they love the lettuce, the great experience they have eating the lettuce, and how different it was from what they’ve had before.”

What is traditional in spots like “Meatatarian” and “Your Fork Will Drop” is a retro landline telephone that receives consumers’ messages.

“We wanted to tap into the way into which consumers can pick up their phone, dial the 800 number and give us their feedback,” says Hardie.

“We thought the retro vibe lends itself well to the idea of a throwback to being able to call and talk to people.”

The campaign comes on the heels of a $300 million fund raise for Little Leaf Farms to support the company’s goal of making its lettuce available to more than half of the country’s population by 2026.