Human Avatar Developer Moves Into News, Enables Anyone To Have Their Own 'Anchor' 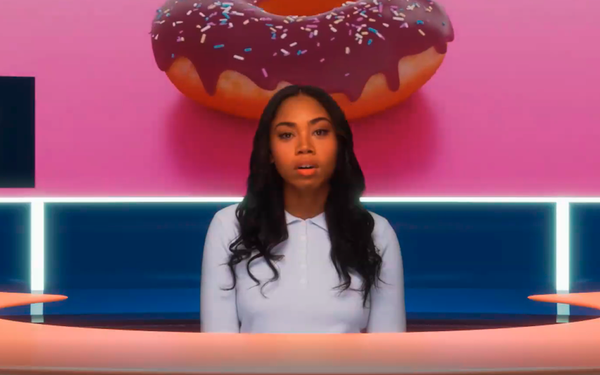 At a time when many in the media industry are debating the authenticity of some sources of news and information, a developer of “virtual human” video avatars is rolling out a new version that could blur the line even further. The company, Hour One, this morning announced a new newsroom version enabling anyone to create life-like “virtual news anchors” disseminating information from virtual news studios that may look indistinguishable from actual news outlets to some viewers.

The virtual anchors utilize the same “photoreal” technology that Hour One uses to produce virtual avatars used by marketers and others to replace of supplement actual humans for things like customer service, support and product information.

Hour One’s technology uses AI, natural language processing and life-like video rendering that enables users to create avatars reading text-based content with human expressiveness in minutes. Some of its customers include Berlitz, NBC Universal and DreamWorks, but its new newsroom format will be available to anyone with a credit card via its “Reals” self-service platform.

“News and media companies around the world understand the value of creating more video content, but filming live news anchors in a studio environment requires a lot of time and investment," Hour One Head of Strategy Natalie Monbiot as part of today’s announcement.

Asked about the implications of rolling out new, easily accessible virtual newsroom technology at a time when the media industry is consumed by the authenticity of actual news sources – as well as so-called “fake news” ones – Monbiot says, “Hour One has guidelines around disclosure that the photoreal avatar is computer-generated and not a real person talking, to respect the viewer’s right to know.”

She adds that the most logical customers are actual news organizations that want to take advantage of new content-generation tools to rapidly create “immersive video content,” as well as sports and entertainment-led media companies.

She says publishers who currently are predominantly using print or audio format – say a trade publication like MediaPost – can also utilize the technology to develop premium video versions. 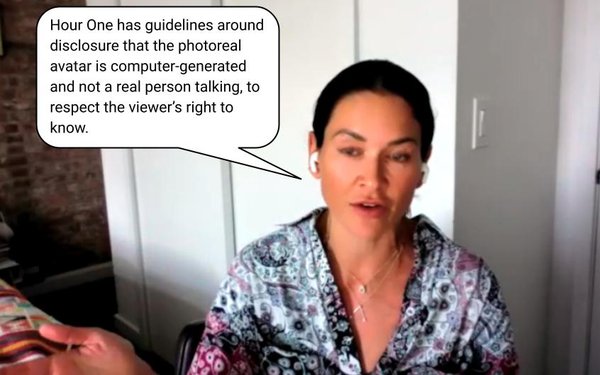