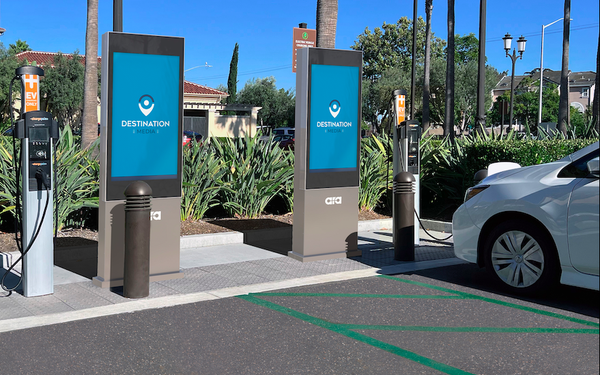 Gas Station TV (GSTV) Thursday announced the rollout into new fueling stations that could well rebrand it as "EVTV."

GSTV, a unit of Destination Media, said the rollout will add electric vehicle charging stations to its burgeoning network video ad network in more than 25,000 gas stations and convenience stores.

The new offering, which the company has actually dubbed "EV Media," will begin by rolling out at some of ChargePoint's AC and DC "fast-charging" stations nationwide.

The announcement came the same day California announced it will ban all gasoline-powered car sales in its state by 2035, and follows the passing of the Inflation Reduction Act, which includes provisions that will make electric vehicles more affordable for Americans to buy.

“As the number of EV cars on the road increases and consumer adoption grows, ad-supported business models will play a key role in driving the evolution of consumer transportation,” Destination Media President and CEO Sean McCaffrey said in a statement.