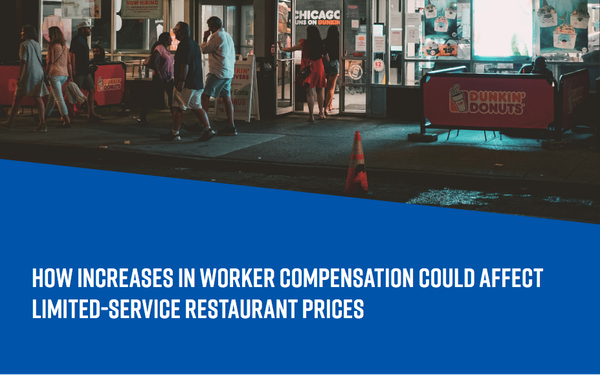 A bill in California could give fast-food workers in the state more of a say over their wages, hours and working conditions. QSRs have lobbied against the bill, arguing that it would increase their overall costs, subject them to additional lawsuits, and force them to raise their prices.

The restaurant industry released a report from the UC Riverside Center for Economic Forecast and Development saying fast-food restaurants would have to raise prices 7% to 22% under an earlier version of the bill. Still, supporters of the bill argue that such price increases would not be enough to prompt customers to go elsewhere and would allow workers to enjoy a living wage.

As we’ve pointed out before, QSRs are already dealing with price sensitivity. Restaurant prices rose 7% in the three months ending in May, per the NPD Group. Still, restaurant prices haven’t caught up with prices for food at home, which jumped 10.4 percent while food away from home cost 7.7 percent more, per the Bureau of Labor Statistics’ Consumer Price Index.

That sentiment is up for debate. As Fortune noted, in the inflationary 2020s, fast food "just isn't cheap anymore." There are, of course, lots of alternatives to fast food, including bagged lunches and dinners at home.

According to GO Banking Rates, restaurant drive-throughs dropped 7% year-over-year, and customers are making one less visit per week to fast feeders.

In recessionary times, fast feeders have typically been seen as a refuge. In a recent report, Gordon Haskett analyst Jeff Farmer wrote that McDonald’s, Domino’s Pizza and Yum Brands are best positioned to resist a recession.

With that in mind, if a bill passes, then California consumers will have no choice but to weather the recession and take fewer trips to their favorite fast-feeders, until the storm passes.