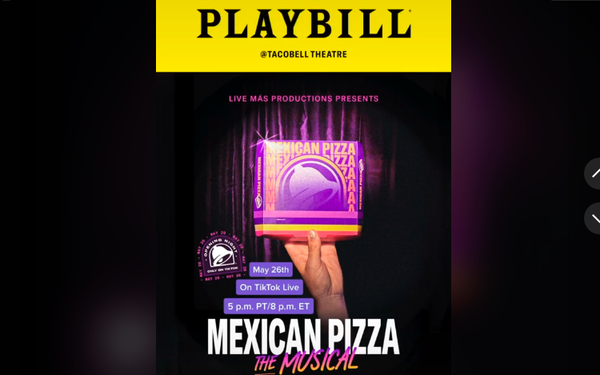 Taco Bell introduced Mexican Pizza in 1985, though then it was known as “Pizzazz Pizza.” The original recipe included sliced olives and green onions. Taco Bell’s ads at the time marketed the entrée as “cheesy like pizza, but it’s really crisp and light.”

The relaunch will be supported by the premiere of "Mexican Pizza The Musical," starring Doja Cat and Dolly Parton, which is set to make its second return on Taco Bell’s TikTok.

When Taco Bell brought the item back in May as a limited-time offer, it sold more than 20 million pizzas, seven times more than previous levels. The item, starting at $4.49, was shelved in 2020 by the chain, but one fan, Kris Jagirdar, created a Change.org petition that received more than 200,000 signatures.

“The benefit of things like the Mexican Pizza is the connection it has with consumers, the love they have for the product, and the halo it provides to the brand,” Yum Brands CEO David Gibbs said during the company’s second-quarter earnings call.

One unaddressed facet of the launch is that when it dropped Mexican Pizza from the menu in 2020, Taco Bell pointed outthat the item produced “more than 7 million pounds of paperboard material in the U.S. per year.” 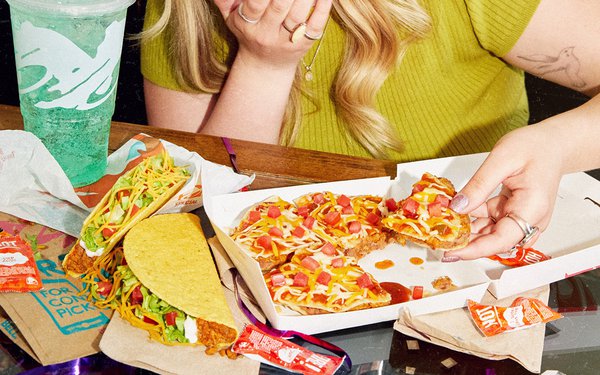