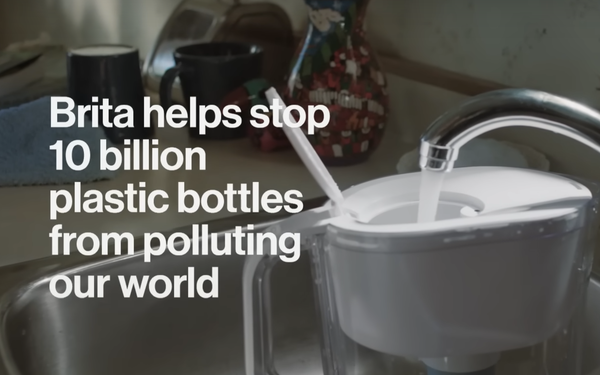 Brita, the maker of water filters and filtration systems, is trying to start a movement to “Get back to tap” -- meaning, use tap rather than bottled water.

The brand has rolled out an ad via Dentsu that shows a man and a woman cleaning. At one point, the man sees the filter and asks, “Tap water. How come?”

The woman then answers, “Well, because…” and strains of Beethoven’s Fifth hit the soundtrack as shots of discarded plastic bottles appear. The man then says, “Whoa!”

A headline then appears stating that Brita “helps stop 10 billion plastic bottles from polluting our world.”

The ad is likely to appeal to environmentalists who are concerned about the plastic bottles they add to landfills. Consider that 481.6 billion plastic bottles were used in a single year, according to HabitsofWaste.org. Only 9% of plastic is recycled, and that number is declining because China no longer accepts U.S. plastics.