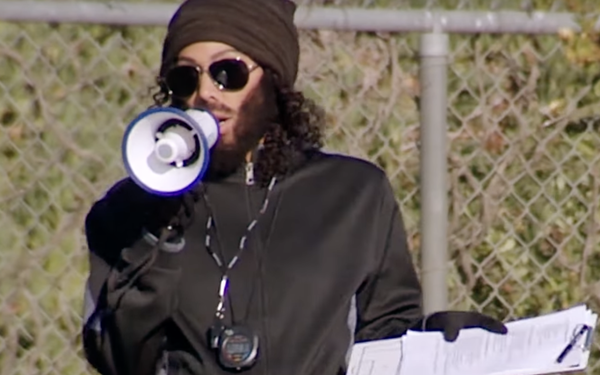 The ad shows Leroux, clad in a fake beard and sunglasses, coaching a girls' team by goading them with comments like “This is why no one watches women’s sports. I’m bored.” The team believes crew is filming the session as part of a workshop

Leroux, is dismissive and sexist. (S)he praises one as “pretty strong for a girl,” and chides them by saying “I thought girls were supposed to be fast learners.”

When the girls’ regular coach comes by, they unload on him.

Soon, the girls confront Leroux. “I found it really disrespectful,” one says of Leroux's comments.

After that, the coach introduces Leroux, who takes off her beard and tells them that she wanted to see how they would respond.
“And I’m really proud of you guys for speaking up.”

A girl says that if they don’t accept such comments now, it will help them in the future. Leroux agrees. Leroux then explains that the comments she said are ones she’s heard throughout her career and seeing the girls dealing with it, and not accept it, makes her proud.