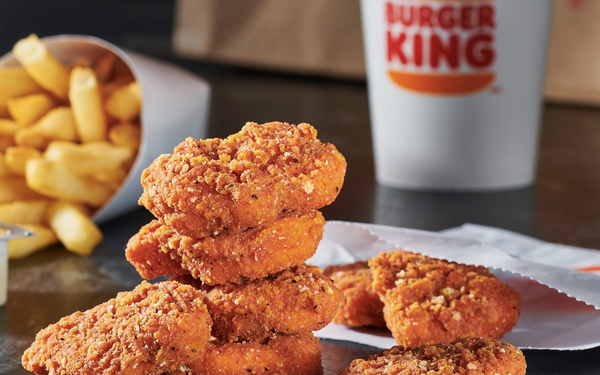 It’s October, which means many of the largest fast-food companies are planning Halloween tribute items. This year, the big two—Burger King and McDonald’s—will shortly release Halloween entrees, according to reports.

Burger King is planning a “Ghost Pepper Whopper” on Oct. 10 at select Burger Kings before a national rollout on Oct. 13, according to an Instagram post by Markie Devo, a fast-food influencer, and the blog Chewboom.

The introduction comes after BK introduced Ghost Pepper Chicken Nuggets last year at this time. Recall that in the Halloween season in 2019, BK added the Ghost Whopper to the menu. That Whopper sported a white bun to celebrate the season.

In 2019, BK staged an event in Los Angeles in which Riz Mirza, a medium and trance-channeler, let spirits take over his body so he could taste BK’s Ghost Whopper. In 2015, BK also introduced a Black Whopper for Halloween.

The BK report comes as a number of news outlets note that McDonald’s plans to bring back a version of its Halloween Boo Buckets. That report can again be traced back to Markie Devo’s Instagram account.

Devo recently wrote that the Pails will return on Oct. 18 with three designs, and “the pail serves as both the toy and Happy Meal Box.”

A tweet by McDonald’s Canada confirms that Boo Buckets are back, at least in that country: