Why I Actually Listen To Podcast Ads 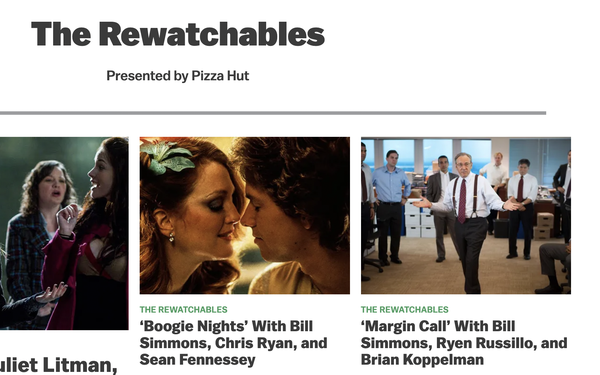 I realized something this week. It has been a long time since I was influenced to buy something because of seeing a TV ad, yet I hear tons of ads while I’m listening to podcasts. I’m a regular listener of “The Rewatchables,” a Ringer movie podcast, so I’m exposed to many different ads.

However, these aren’t the usual type of ads, which are slickly produced and have a beginning, middle and end. Instead, the podcast hosts typically talk about their honest-seeming reactions when they first heard about the brand or product, and how they use it. For instance, in a recent ad for Philadelphia Cream Cheese, host Chris Ryan mused that “You want to really be real about your Philly Cream Cheese, try it on a hard pretzel, that’s all I’m saying.”

Such ads resonate with me because I’ve listened to the hosts speak for hours and they offer their unvarnished opinions on movies.

Podcasts have been around in one form or another since the 2000s, but really came into their own when in June 2005, Apple added podcasting to iTunes 4.9. U.S. podcast ad revenue is projected to reach $2 billion this year and eclipse $4 billion by 2024, according to the Interactive Advertising Bureau’s U.S. Podcast Revenue Study. There are currently about 2.2 million podcasts in 2022, though others place the figure at 3 million.

In a recent study by Triton Digital, 42% of respondents said they had no issues hearing ads in the middle of a podcast that is free.

I side with that 42%. Though I often use the skip button to cruise past ads, if I can’t (like if I’m doing something else that keeps me from using the iPhone’s screen), I don’t mind hearing an ad as long as it’s delivered by the podcast announcers, who feel free to joke around with the ad copy.

This exists as one of the few times that I’m captive to an ad. When ads come on TV, I feel free to get up or look on my iPad or go to the bathroom. When an ad’s on the car radio, I flip to another station. But when I can’t flip past an ad, I tolerate them, perhaps because I realize that ads support the podcasts I like.