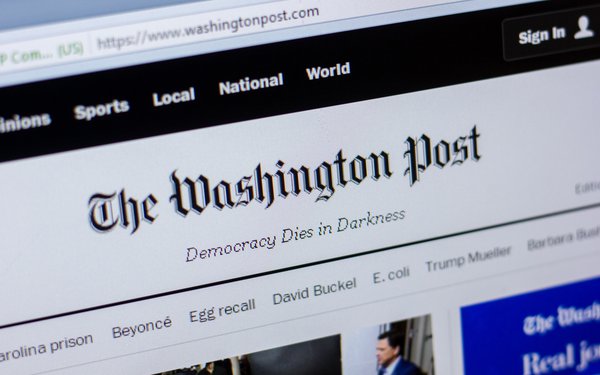 The discounted Washington Post subscriptions that have been offered by Amazon Prime since 2015, apparently are going away, but not to the degree reported earlier today.

Instead of the $3.99 rate that they have been enjoying, Prime members were informed that the price is going up to $12 per month, according to NiemanLab.

But The Post has clarified that the increase is less than that. "Subscribers at the $3.99 monthly rate through Amazon Prime will see a price increase to $7.99 per month on their next renewal date," a spokesperson said.  "They can also see the effective date of the new price by signing in to MyPost. Yesterday, these subscribers were notified of an inaccurate new monthly rate. We have communicated the mistake and clarified the correct pricing."

According to Nieman Post, the cost of a Kindle subscription, which provides all Post content, is rising from $5.99 to $7.99 per month. Still, that appears to still be a bargain.

The discounted Amazon Prime subscriptions were initially offered a couple of years after owner Jeff Bezos bought the Post.

The offer was six months of digital Post access for free, followed by the $3.99 rate, versus the normal charge of $9.99 at that time, NiemanLab reports.

NiemanLab cites an August New York Times article stating that that the Post has lost digital subscribers and revenue.

The Times had reported, based on internal sources, that the Post had fewer than the three million paying digital subscribers it had boasted of internally near the end of 2020. And digital ad revenue fell by 15% in the first half  of 2022 YoY to roughly $70 million, it added.